Remember when Republican State Rep. Dale Kooyenga wanted to clean up state statutes by removing the requirement that dairy state restaurants always provide butter with or without a serving of margarine. What's that all about? 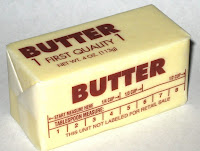 Republican state Rep. Dale Kooyenga, a 32-year-old accountant from Brookfield wants to undo law he calls silly, antiquated and anti-free market. Kooyenga argues that changing the law would save the state money since margarine is typically a third of the cost of butter.


Members of the state affairs committee are approving a bill that limits the amount of junk food that can be purchased with food stamp benefits. 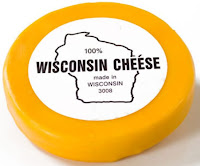 WMTV: "This bill does not allow for Wisconsinites who are utilizing the FoodShare program to purchase sharp cheddar cheese, Swiss cheese, shredded cheese or reduced sodium cheeses," said State Rep. JoCasta Zamarripa, D-Milwaukee. "And I just want to indicate again how that hurts not just those individuals, those Wisconsinites using the FoodShare program.....but it hurts our dairy farmers."

The committee passed the bill 7-2, so it'll be heading to the full Assembly for consideration in May.

I don't know why farmers typically vote conservative when in fact, Republicans have shown time and time again that they'll stab their constituents in the back in the blink of an eye.
Posted by John Peterson, Democurmudgeon at 5/01/2013 09:02:00 PM