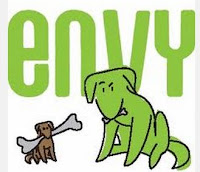 Yvonne Christian, 58, of Madison, thinks the bill is a good idea. Christian, who is disabled, said when she goes through the grocery lines, she is appalled by what people buy with FoodShare cards. “That upsets me because they've got nothing but junk.”

Protecting our Taxpayer Dollars: I'd like to remind these FoodShare spies that once upon a time, that FoodShare recipient paid in their fair share of taxes, and funded someone else's FoodShare card. All of a sudden, when we're still coming out of the Great Recession and reeling from Scott Walker's failed jobs creation policy, the conservative's are out to make an arbitrary list of targeted food by the "envy police."

Add to this attack on the downtrodden, Walker's attempt to bounce FoodShare card holders off the program by increasing weekly job searches from 2 to 4, a cruel ploy used by only 3 other states.

Getting tough on the poor and unemployed is nothing but a substitute for their own failure to create jobs and raise incomes.

This petty list, reflecting conservative check out lane anger, appears long and labored compared to the few other state's who've tried the same thing. The federal governments Department of Agriculture, targeted for extinction by Republicans, is the only firewall from these draconian cuts.


The U.S. Department of Agriculture must approve such a change in the program, and so far, the agency has shown little inclination to do so. It has rejected much narrower requests in Minnesota to ban candy and soft drinks and another in New York targeting just soft drinks.

Imagine putting states in control of the safety net programs in the form of block grants. This is just a warning.
Posted by John Peterson, Democurmudgeon at 5/14/2013 09:34:00 AM