Van Orden says it's a Bible principle, Leftists hate this Country: Tavern touring Derrick Van Orden is out there talking to the people and farmers but doesn't seem to be aware of their biggest concerns. Any solutions? Odd huh?

The Bible tells us so...MAGA not a Religious Cult? Trump is our divine intervention...

Opening prayer today at Eric Trump and Michael Flynn’s QAnon event: “God, open the eyes of Pres Trump’s understanding, that he will know how to implement divine intervention. And you will not surround him with RINO trash, in the name of Jesus.” pic.twitter.com/56vsiVxzs0

MAGA Death Squads Quietly being Recruited: What do Guns have to do with Firing Pelosi? It's not that Rep. Ween is definitely suggesting shooting a member of Congress, but he says he can do that because a lone gunman attacked Rep. Steve Scalise.

Liberal Elites Drink Childrens Blood: Watching the amazing mental decline of conspiracy nut Lara Logan has been almost surreal. But with messaging like this, added to MAGA gun election ads suggesting there are other ways to "win" an election, can't wait the dystopian 2024 dueling challenges:

After getting banned from Fox for saying Fauci is Mengele, then from Newsmax for saying Satanist elites drink the blood of children, Lara Logan doubles down and says hundreds of thousands of kids in the US are being kidnapped so elites can drink their blood to fight aging. pic.twitter.com/Wh1WHiX0U3

Michael Flynn never would have allowed that COVID nonsense: I've said over and over, for MAGAs, COVID wasn't real or a reason for inflation. It was a liberal global plot:

Under MAGAs, Uncle Sam relegated to cheap side-show Trump entertainment: How far he has fallen...

Guy at the Trump rally today is performing his ‘Mar-a-Lago Raid Anthem:’

“They raided Mar-a-Lago in the
hot sun,
Trump fought the law and we know, Trump won.” pic.twitter.com/q5IB7SEYa2

1. Michels: "COVID checks...that's how they got Lazy!" Like getting economic help during a pandemic was the worst we can do. MAGAs won't spend money on us, it's wrong?

Tim Michels thinks the people of Wisconsin are lazy.

2. Michels: "I haven't seen any evidence, Donald Trump said "Go to the Capitol now and storm it..." Okay, maybe not those exact words but...Michels: "making Donald Trump look bad with all these hearings..." is pretty ridiculous.

3. Ron Johnson set up by FBI (don't laugh, he means it): The crowd at the debate should have been the MAGA reaction, but wasn't:

OMG! The audience starting laughing at Ron Johnson during his Debate.
Ouch!pic.twitter.com/CcokoJ3St6

4. "Why has he turned against America" nothing like hating America now and promising to Make America Great Again?

Moderators closed tonight's Wisconsin Senate debate by asking each candidate to say something they find admirable about the other.

Johnson said Barnes is "against America."

5. Michels: "A lot of discussion about that..." The West is drying up, Hurricanes wiping out sections of states, yup, no problem.

This is what a climate denier sounds like. #WIGov pic.twitter.com/L66UePSJD8

Right wing influencers working hard to get voters to stay on Team Herschel: “It does suck to have to vote for shitty candidates. That’s where the Left would like us to stop. But if we stop right there, then we are doing a disservice to our country.” pic.twitter.com/U1FPpDxAyn 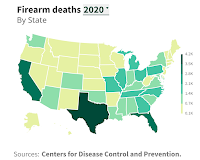 7. Crime and Violence NOT Dems, but MAGA Republicans after all: We've seen the charts...Now you can hear the data...

8. Fighting MAGA War on Women's Rights Fading? They think so, but it's only getting worse...

Doug Mastriano and Charlie Kirk don’t think abortion is going to be an important issue in the midterms: “It’s getting lower and lower on the priority and the energy. I think the Dobbs effect is fading.” pic.twitter.com/8IYXhLrcPZ

...so then this happens...body shaming:

9. MAGA Groomers ya think? Let's call it what it is, projection:

Johnson has a few problems... 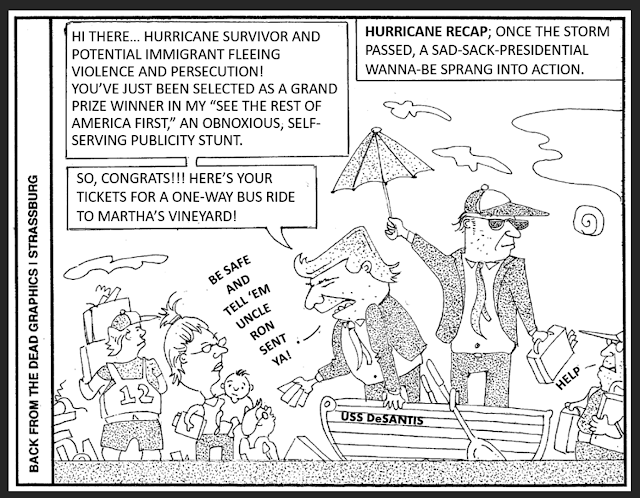 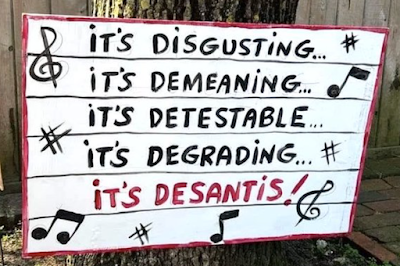 What a surprise! All the accommodations made in 2020 for voters because of covid that led MAGA to scream about “election fraud” are now being implemented in 3 heavily Republican counties by Desantis for his election. https://t.co/bgVP26cbVK 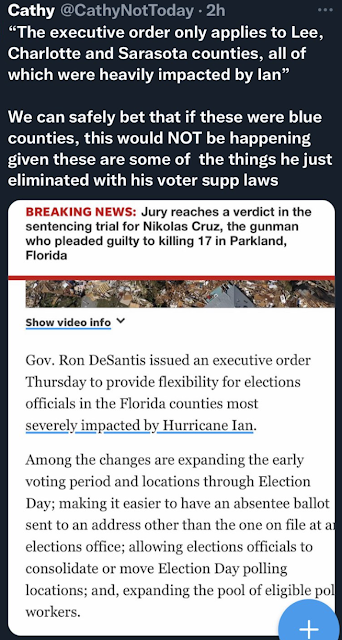 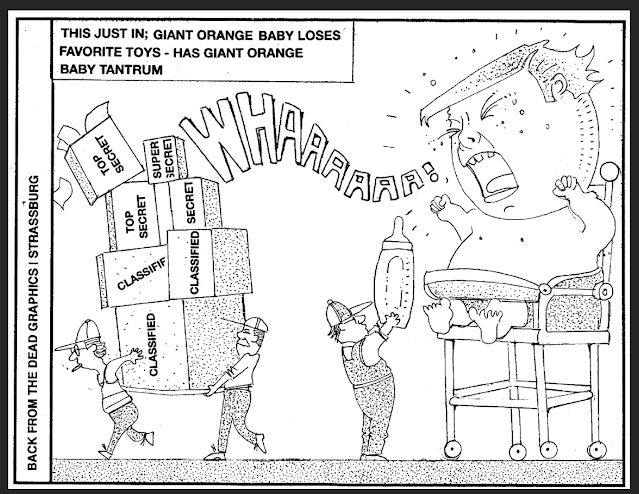 What does it really mean to be a "Christian nation?" It allows MAGA Republicans to argue the "government" is getting between you and God.

"Replacing You" at Work? It's surreal how MAGAs completely miss how ridiculous that sounds. Immigrant's may be working side-by-side with everyone else, but how will they find a way to "replace" you? As a friend recently put it, "It can't get more Nazi than this."

Trump + MAGAs hands Putin's Russia Media Talking points: Aiding the enemy? Sure. Video of Trump's comment is the first response after this tweet, check it out:

From the Russian broadcast: “Donald Trump openly said that Washington’s action forced Putin to start special operations in Ukraine. According to Trump, it’s the fault of the foolish people in the Biden Administration.” https://t.co/ZZN9tHXPXv 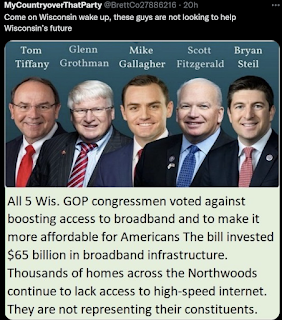 No, really, Social Security and Medicare about to END: What's most amazing about these threats, is that they're bold enough to do this just before a midterm election:

Ask yourself: Do you want to put your Social Security into the hands of Ted Cruz and Marjorie Taylor Greene? pic.twitter.com/cs7XYruduV

Gradually raise the Medicare age of eligibility to 67 and the Social Security eligibility to 70 before indexing both to life expectancy. It backed withholding payments to those who retired early and had earnings over a certain limit. And it endorsed the consideration of options to reduce payroll taxes that fund Social Security and redirect them to private alternatives. It also urged lawmakers to “phase-in an increase in means testing” for Medicare.

Hollywood's Communist Bent? China owns 'em: A Gay Superman has been canceled? I did not know that. Christians now want to reclaim Hollywood for their messages:

“Breaking news! The Gay Superman was just canceled. Praise God! The communist Chinese party has bought Hollywood. They have purchased Hollywood. So everything we’re seeing coming out of the mainstream Hollywood movies has a communist bent.” pic.twitter.com/Uwq3RpSjLW 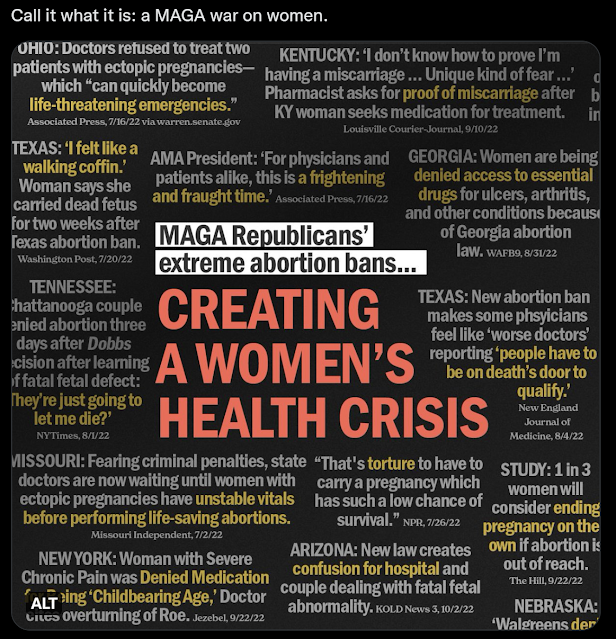 The MAGA week...and they want to be in charge?

There are so many stories, and so many important points to make, yet nothing I can say says it better than those who blindly open their traps...

From "Rigged" elections to an equivalent "Fixed" elections? Again, they're telling us in no uncertain terms what will happen. In other words, the fix is in:

The plan to end our democracy. Out loud. Right in the open. https://t.co/Dn2NuclHDt

MAGA Racism behind "All lives Matter:" Post racial? To MAGAs, this is what makes America Great:

Ron Johnson's Social Security is "CANDY" statement: What the media won't report is how just one or two words, even a sentence, will be used to reject renewing Social Security, not just MAGA poison pill amendments. Again, SS is a pay-as-you-go program that doesn't use tax dollars. Could anything be more clearly stated by Johnson?

Proud Supporters of Trump...going down with that ship: The video tells the story...

This never gets old. pic.twitter.com/wnsL0AzMEE

Authoritarianism: MAGAs don't have to Anwer Questions: Sen. Cruz' reaction doesn't make MAGA Republicans rethink their vote, because it can only get worse:

Must see... Shutting down speech. https://t.co/Doi5UmPJab

The Problem with Jon Stewart...: I wish the media could get as close this line of questioning as possible.

🔥MUST-WATCH: @jonstewart interviews Arkansas AG @LeslieRutledge about their ban on health care for trans youth, against recs of medical orgs —He asks what orgs she’s leaning on. She can’t name any. 🦗(cc: @TNGOP @GovBillLee @WilliamLamberth @SenJohnson)pic.twitter.com/FbkLzW88QK

Liberals Directed Hurricane Ian to Hurt Gov. DeSantis: You can't make this stuff up...yet someone did:

On the Stew Peters Network tonight, we learn that the globalist New World Order created hurricane Ian, and then steered it into FL to derail Desantis’s political career because he is a threat to their agenda. pic.twitter.com/68LMgWlLph

It’s all about the photo op for DeSantis. pic.twitter.com/2Vmij9l0hV

Illegals handing out Halloween Fentanyl Candy? Say it ain't so.  The interviewer handles it perfectly:

“Illegals are giving away drugs to kids at Halloween” 😵‍💫😵‍💫😵‍💫

So sad what Rupert Murdoch’s Bullshit Factory has done to our country. 🇺🇸 https://t.co/IEqYYvIhLt 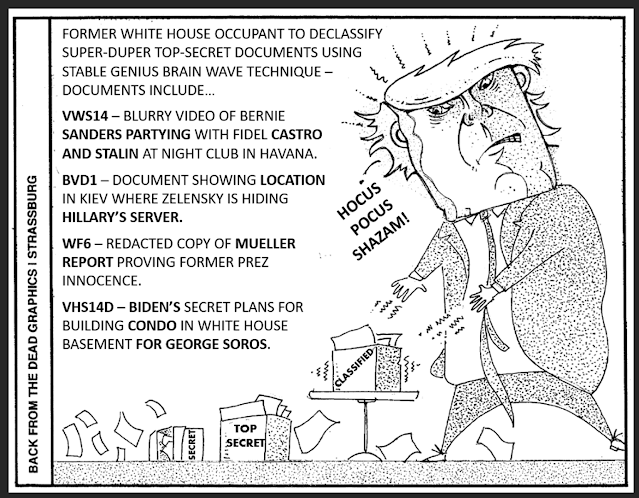