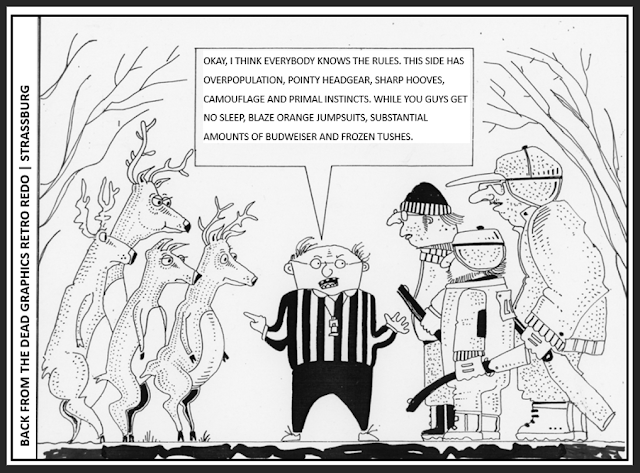 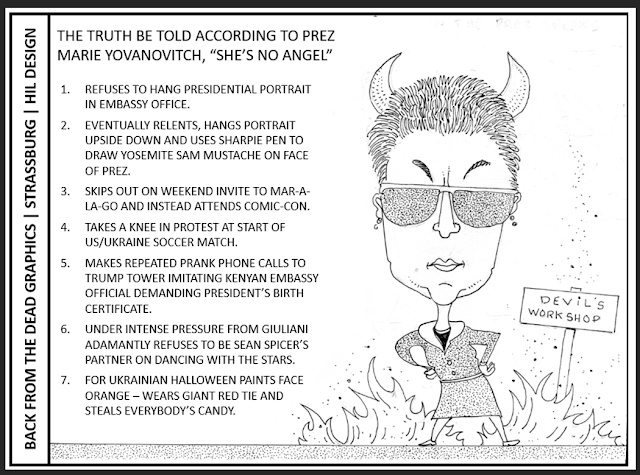 Eat diseased deer, because fear mongering "individuals with political and social agendas are using this situation to their benefit"?

The Trump age of living dangerously is here! It would be oddly comical if it weren't so absurdly reckless.

The right-wing "in-your-face" fusion of defiance and fantasy world nonsense is replacing actual science and common sense with the more intangible "gut feeling."

Take a look at what we're now being told are "fake" CWD warnings that run counter to what most people think:


A Poll shows that of the people who have heard of CWD, 64% feel it represents a threat to the future of deer hunting in Wisconsin.


The owners of a Durand meat locker are taking a stand against what they view as misleading hype about chronic wasting disease ... Maloney’s Baloney posted on its Facebook site recently that the shop “will NOT process your whole deer if you choose to or are FORCED by the DNR to test your deer for CWD.” 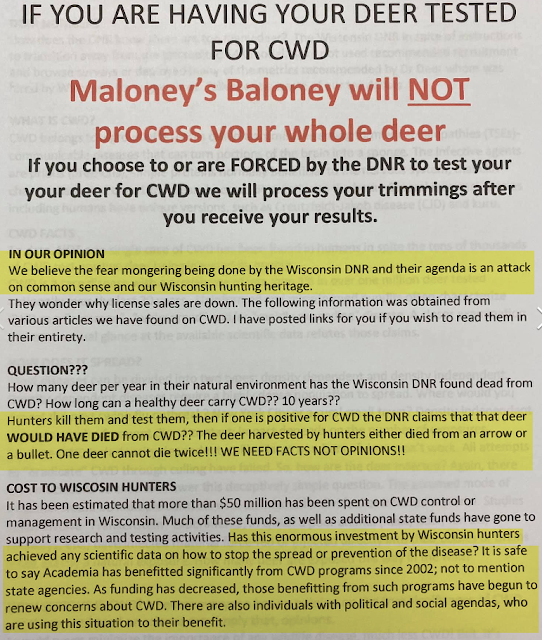 "Those benefiting from such programs," like those "wealthy" DNR scientists combating the spread of CWD? This is the same tactic right-wingers have been using against green energy supporters, claiming a global conspiracy to bankrupt big oils billionaire CEO's. Welcome the new era of stupid:

Dawn Endle, who has co-owned the processor for 21 years with her husband, Jeff, said they don’t believe the neurological disease is harming Wisconsin’s deer herd or that it has the potential to harm humans who consume venison from an infected animal.

“There’s no reason to do this hysteria thing and scare people away from eating the healthiest meat in the world,” Dawn Endle said.

That opinion runs counter to the advice espoused by health officials, even though there has never been a documented case of a human contracting CWD ... she believes all of the taxpayer money being spent on CWD testing and research is a waste because it doesn’t matter how widespread the disease is if it doesn’t threaten humans or appear to be killing wild deer.

CWD doesn't appear to be killing wild deer??? Science based warnings and the idea of eating diseased meat is unfairly "ruining a great Wisconsin tradition?"


“We are not scared of CWD whatsoever,” she said. “We are sick of bureaucrats scaring people and ruining a great Wisconsin tradition.”

The disease is now out of control thanks to Scott Walker. The video below even shows that. Here's a clip from WPT's Here and Now:

It could be a Wonderful Life... 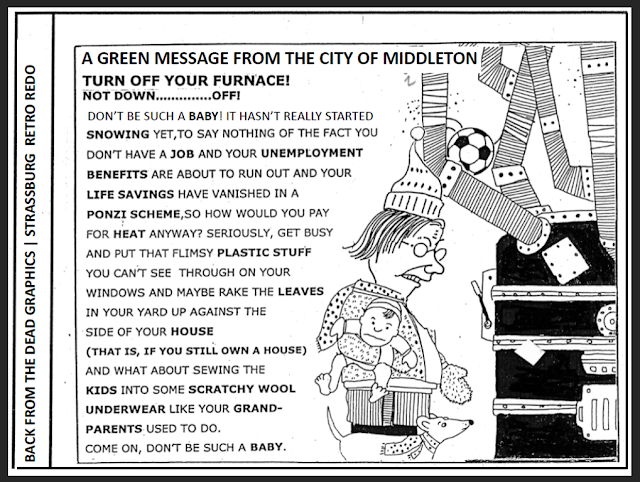 To survive, Trump voters in small Florida town turn to socialism, and it's working. It's okay this time.

Nothing is more convenient than conservative hypocrisy. But remember, they're the real Americans with a much higher calling than their "liberal" enemies.

Now, all of a sudden, their idea of socialism isn't really that kind of socialism, not if they can save time and help their town survive.

Good ol' capitalism decided there wasn't enough money to be made in rural Baldwin, so see ya later, time for them to wither away and die. Best system in the world, right?

You really can't make this stuff up:

WaPo: People in Baldwin, Fla., (saw) the only grocery store in town shut down. Abandoned by mainstream supermarkets whose business models don’t have room for low profit margins, Baldwin is trying something different. At the Baldwin Market, all of the employees are on the municipal payroll, from the butcher to the cashiers.

In many rural, conservative communities struggling to hang on to their remaining residents, ideological arguments about the role of government tend to be cast aside as grocery stores shutter because of population decline and competition from superstores.
By definition, a collectively owned, government-run enterprise like the Baldwin Market is inherently socialist.

Oh, but these rabid Trump voters have a good excuse and higher calling, so it's alright...

But Lynch, who governs a town where 68 percent of residents voted for Donald Trump in 2016, doesn’t see it that way. From his point of view, the town is just doing what it’s supposed to do: providing services to residents who already pay enough in taxes.

“We take the water out of the ground, and we pump it to your house and charge you,” he told The Post. “So what’s the difference with a grocery store?”

But socialism is a disaster and a failure where ever it's been tried?

So far, though, the experiment has been a success. The town council had hoped to take in $3,500 a day, and sales have routinely exceeded that, Lynch says. “Fundamentally, what you have is people that have lived in these rural communities all their lives, and they want these rural communities to survive,” Procter said. “And they realize that without access to food, they’re not going to survive.”

You can say the same for health care? But socialism this time is okay. Got it.

Matt Bruenig, the founder of the People’s Policy Project, a socialist think tank, likens it to having a “public option” for health care. “The idea that a municipality should have to beg private companies to provide basic goods and services to its people is absurd. And being able to say ‘we will just do it ourselves’ is very powerful.”

When will we get to impeachment hearing shocker: Trump's Santa shakedown... 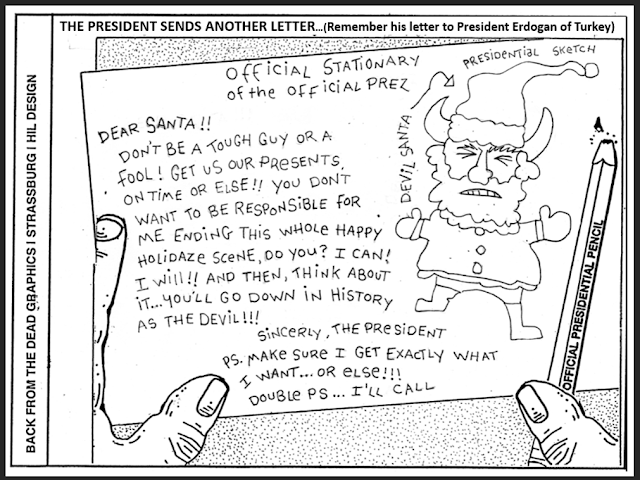 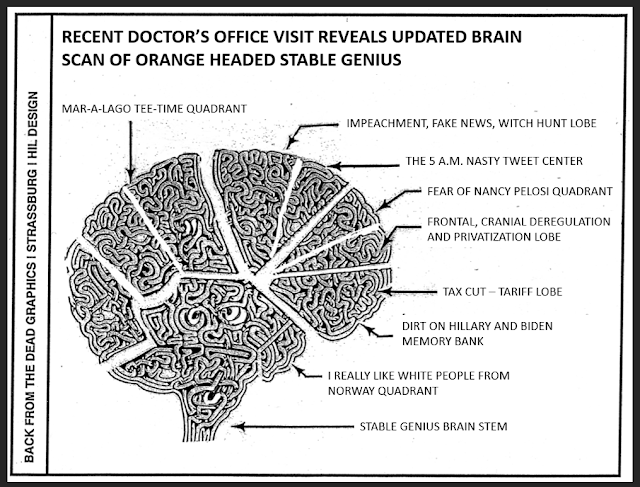 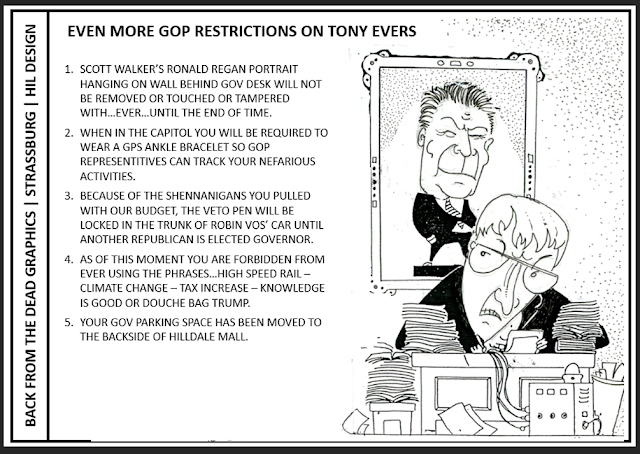 Second Amendment Sanctuaries? There really is nothing that can embarrass Wisconsin Republicans?

Trump has made "bold" and "telling it like it is" a lawless centerpiece of the new juvenile lurch even further right for conservatives bullies in Wisconsin.

While sanctuary cities never violated any actual  laws, making cities-towns-villages "Second Amendment sanctuaries" is not just illegal, but claims they can bypass the judicial system to say whether guns laws are "constitutional" or not.

This is a new phase of lunacy that will only get worse:


The Florence County Board unanimously approved a resolution that "affirms its support of the Sheriff to exercise sound discretion to not enforce against any citizens an unconstitutional firearms law."

The resolution state’s any state legislation restricting the possession and use of firearms, magazines, ammunition or body armor would be infringing on citizens’ Second Amendment rights. It also cites requirements of firearms owner identification cards or firearms or ammunition taxes as examples of laws that the county Sheriff could choose not to enforce."

Really, the Constitution guarantees a right to magazines, ammo, and body armor? Yup, exactly how the 2nd Amendment reads. It only took Wisconsin 8 years to resemble far right-wing southern states:

...received interest from a local government official in Arkansas. 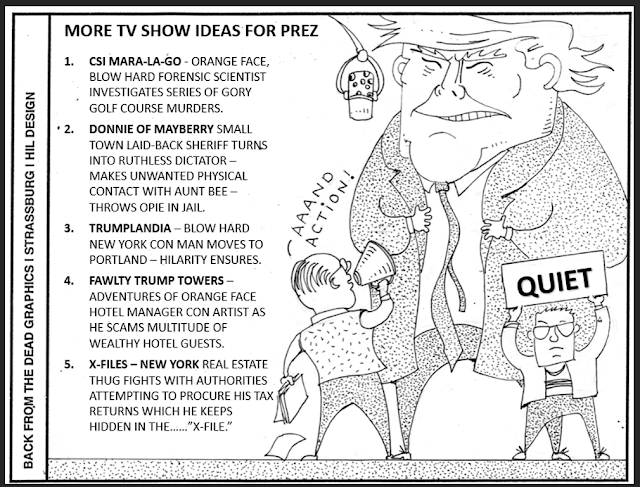 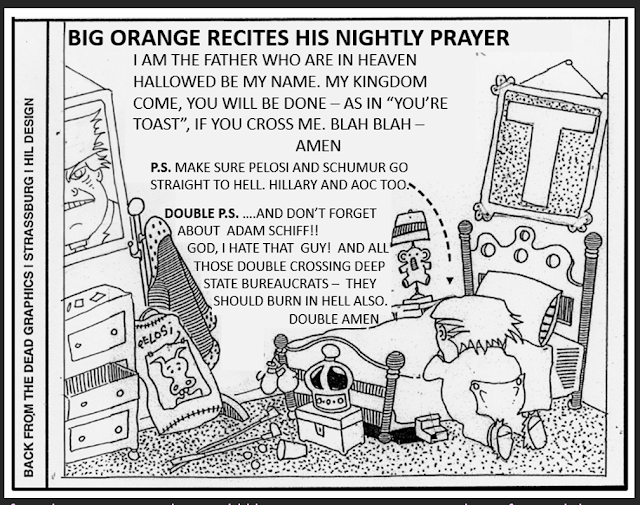 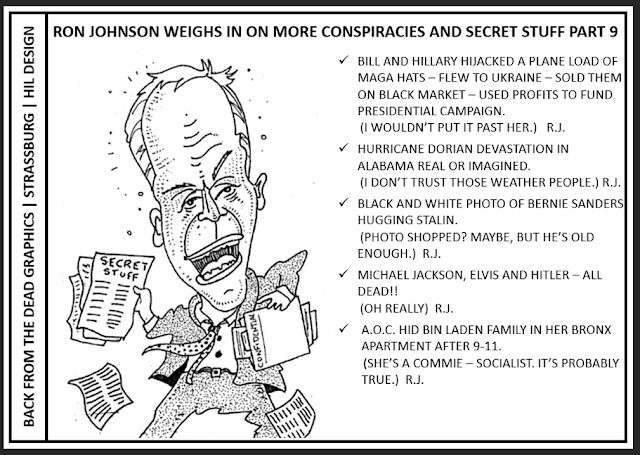 Late-Stage Capitalism, twists our thinking, and gives us the right to hurt others

If you've noticed, I haven't been blogging much lately. I've been distracted by bigger societal concepts that I'm finding aren't easily explained. But as a lifelong Wisconsinite, one issue does hit closer to home.

The bottom line is this: The fight to change Wisconsin is nearly impossible now, not that anyone should stop trying. Real change is at least 10 to 20 years off, so if you're already over 50, what we have now isn't going to change much.

Scott Walker's Wisconsin has always been ahead of Trump's dystopian authoritarian movement nationwide. The state is now sealed up tight by confident gerrymandered Republicans who can spitefully and arrogantly block every move by elected Democrats. And right-wing voters won't vote against their own party, ever.

Lost Decade and More...: Wisconsin's "real Americans" have made it perfectly clear; if we don't like it here we should leave. In other words, "liberals" should give up on over 50 years of investment in our families and homes, all treasured values made as irrelevant and worthless as downloadable music. The "radical liberal" agenda has been stopped, so we can preserve our amazingly perfect state.

Enter...The Thinking made possible by Late-Stage Capitalism: The effect on all of us emotionally is a weapon used by Republicans to create fear, division, and mistrust. The following is normalized:


“How is it so many of the poor vote against their economic interests by putting robber baron Republicans into power?” The benefit these Republican voters are getting is a visceral one ... Better a stable world that’s familiar, in which I’m doing pretty poorly, than dealing with all the ambiguity of a changing world. It is catharsis. You get someone who’s good at manipulating those emotions and what they do is to raise every terrifying prospect one could imagine: “We’re being invaded by hordes of rapists and drug dealers, etc. The whole world is laughing at us, but here’s the solution. The solution is me.”

Capitalisms Worst: Welcome to Fitzgerald/Vos's World: How we got here is explained to some degree, and it makes you wonder how we're ever going to pull ourselves out of this deepening resentful morass:

How capitalism created the post-truth society — and brought about its own undoing: When historians are studying the rise and fall of capitalism, they might look back at Glenn Beck’s 2010 Earth Day meltdown as a seminal moment.

8 years ago Glenn Beck essentially prophesied the brand of spite politics that animates much of the right today. Beck gleefully … turn on as many lights as possible in his home during Earth Hour, and to intentionally pollute as much as possible on Earth Day. “I’m going to burn garbage in my backyard with Styrofoam.” Beck told a caller on his April 22, 2010 radio program, “Have you cut down your Earth Day tree yet and put it in your living room? It’s great.”

Beck seems to believe it is his individual choice — his individual freedom, he believes (or is told to believe), and that burning Styrofoam is somehow as American as apple pie. Beck, of course, doesn’t own the atmosphere. We all have to breathe the same one.

Yet capitalism begat this culture, this notion that we alone have the individual right to do whatever we want with our time, money, or our lighters — even (or especially) if it hurts others. Capitalism, to function, requires us to collectively deny the sheer idea of the collective good. The ideological core of late capitalism is the supremacy of the belief in one’s individual beliefs and actions — regardless of how they make others suffer, or are morally or factually wrong.

Neoliberal capitalism requires us to have the maximum degree of consumer freedom, yet almost no economic or political freedom. One might come to believe that we have the right to believe whatever we want to — even if those beliefs are immediately provably untrue. Freedom to believe in one’s own, individual universe; freedom to pick and choose facts, and discard those that are disagreeable. My slightly shocking proposition, then, is this: what if capitalism, ultimately, has created its own undoing by normalizing a post-truth society? 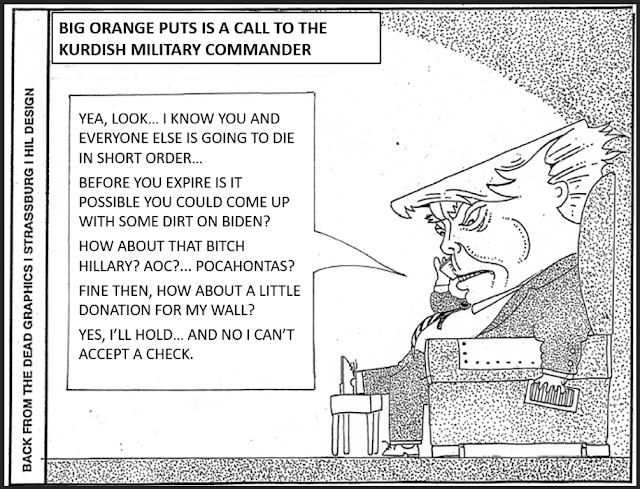