Who wants to tell him... 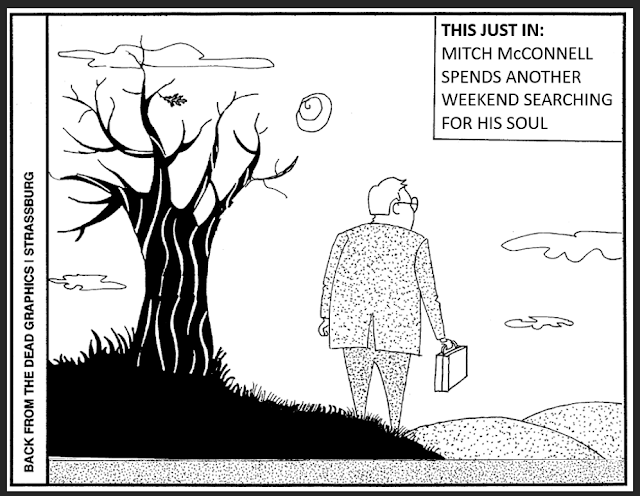 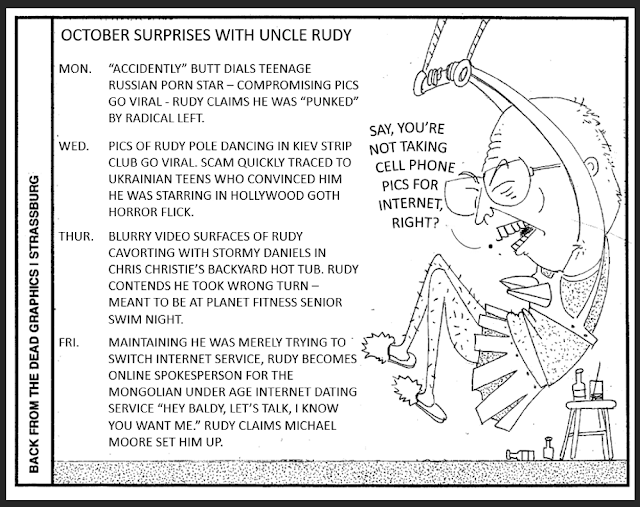 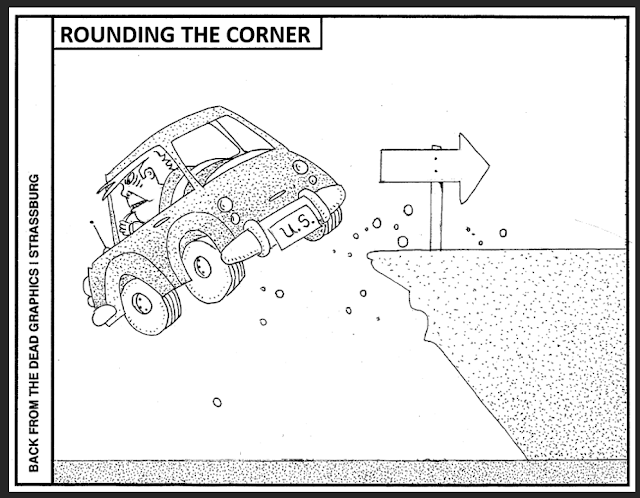 I have done little blogging lately, mostly just to keep my sanity and health intact, and because the bigger issues that solve most of our problems are not currently in play.

The Deadly Do-Nothing Vos/Fitzgerald Authority: Republicans are happy to blame Gov. Evers for COVID-19, as it ravages the state, by doing nothing for 7 months:

This is all a setup to challenge Evers in 2022. They will stoop to this, people suffering and dying, to win that election.

But just as I sat down to draw attention to Robin Vos' most recent ridiculous comments suggesting Republicans can only respond to Gov. Evers ideas because they've already done all that they could, I came across the most complete list of Vos failures on Twitter.

This important post from Jules cannot just disappeared into the twitter archives. Here it is for all to see and understand how one party's absolute gerrymandered control can ignore even a dangerous out-of-control, worst in the nation, statewide pandemic that killed 42 Wisconsinites in just one day: 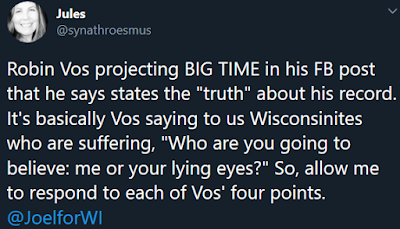 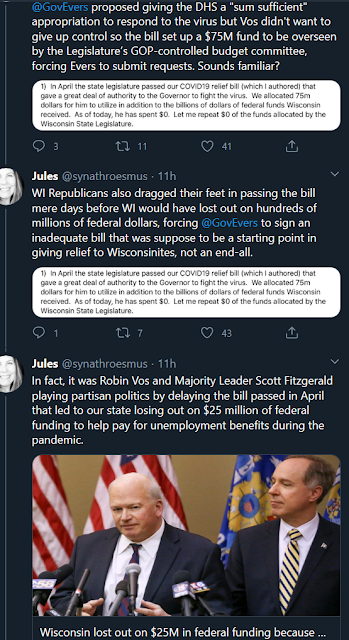 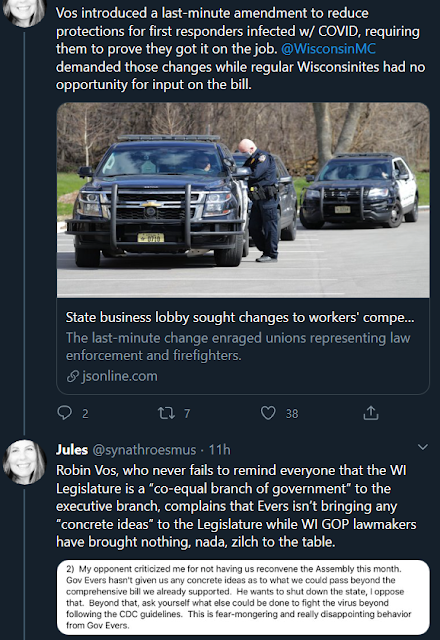 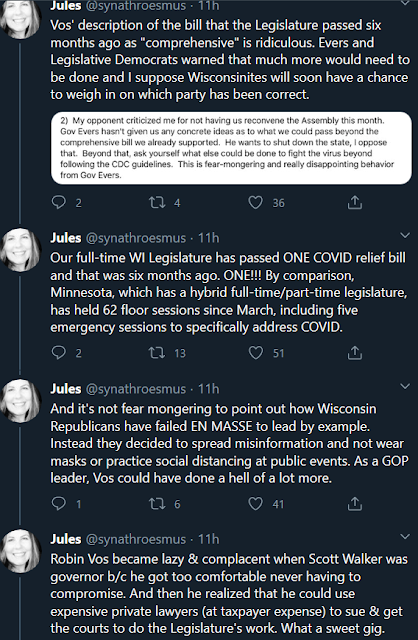 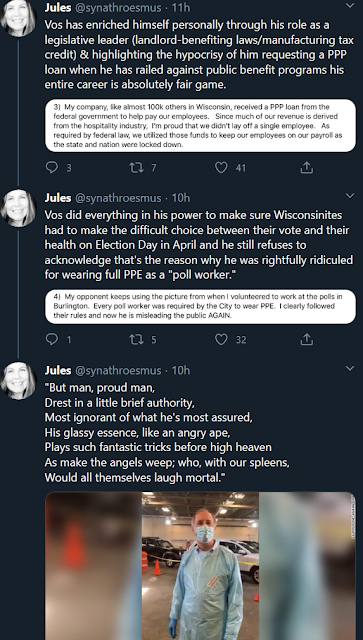 Pro-Life Wisconsin Unmasked: I've always said there is nothing pro-life about any group that doesn't back life saving health care for all, pandemic safety rules, and gun safety regulations that prevents mass killings. Here's the in-your-face proof how empty this radical one agenda organization is about life: 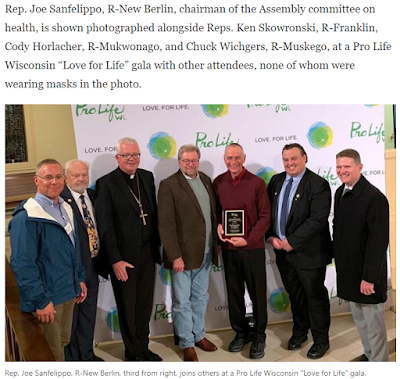 "Pro-Life" Wisconsin held the mass gathering on THURSDAY, and that's important, because it defied Gov. Evers "two and half week old limit on public interaction to slow the virus spread." The law and order party ignored the Governor's order, and a day later...:

…A Wisconsin appeals court on Friday temporarily blocked the restrictions.

A YouTube feed of the “Love for Life” event shows a large crowd gathered in the church with many, if not a majority of attendees, not wearing masks. Apart from the photo with other lawmakers, the feed also shows Skowronski seated in the pews of the event without a mask on.

One of the bragging points of this repressive organizations is it's successful opposition to dispensing contraception patches and pills by pharmacists, so Americans, if they want, can prevent unwanted pregnancies. But without unwanted pregnancies, who needs anti-abortion groups that feed off donors and duped victims who keep these sick minds employed. And they donate to Republican politicians.
Posted by John Peterson, Democurmudgeon at 10/24/2020 01:25:00 PM 0 comments 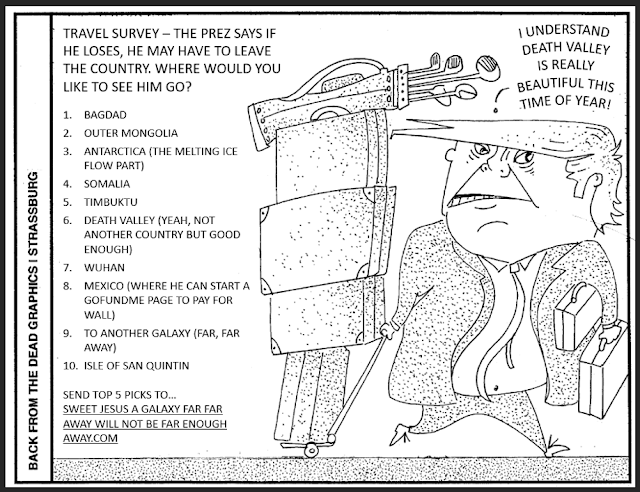 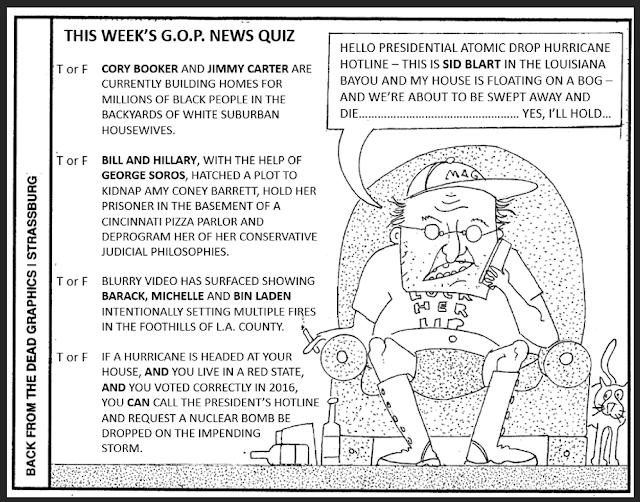 Republican COVID-19 Deniers intentionally destroying Wisconsin Economy to Blame Evers in 2022? Sure, even if a few hundred have to die.

Question: Could the gerrymandered Republican legislature be planning on destroying the Wisconsin economy just so they can blame Gov. Evers in 2022? I think so: 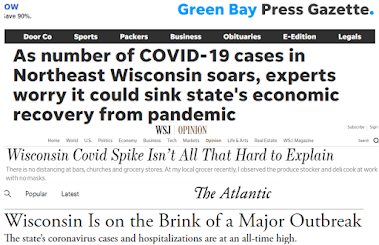 The 44 Percent Super-Spreaders, Reason 1: Okay, instead of screaming at my TV, I'm going to just ask the question here; why are reporters skipping past the huge number of heavy breathing Wisconsin Trump supporters not wearing masks? Is there a reason why COVID-19 is spiking off the charts in mostly conservative area of the state? Maybe it's those Trump supporters, ya think? 44 percent will vote for Trump, almost half the state:

The 44 Percent Super-Spreaders, Reason 2: Think back on the failed Republican idea to "have a discussion about those statewide high COVID 'pocket's,' and leave the other areas alone." How'd that work out? As you can see conservative area's of the state are exploding, counties that had low infection rates once, while liberal mask wearing counties today...aren't. The last 14 days...: 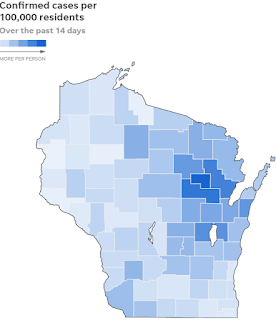 The 44 Percent Super-Spreaders, Reason 3: So it's pretty clear Republicans are using the mask-free-Trump-induced statewide spread of the virus to claim that wearing a mask doesn't make any difference. And conservative voters will oddly go along with the same list of irresponsible, tired, and ridiculous sounding excuses every time there's a problem Republicans don't want to solve? Here are some:

1. "Let's look at things that we can do to manage that." But Republicans have already said they won't be stepping in to help, so...?

2. "We can have this very detailed discussion...let's step back..." Sure, we've got all the time in the world.

3. "They had people that were in hospice that had days to live, and then they died from what they had, and they got labeled (as COVID)..." Republicans claim a large percentage of the 214,000 COVID deaths were really from other diseases.

4. "The problem here is the legislature isn't at the table, it's not able to get the facts to help make good decisions." Remember when the Republicans took the Governors powers away? So what do they need him for? Or how about the mind-blowing idea the Legislature doesn't have access to the facts?

TOP 4 Republican COVID-19 Deniers, Killing People and the Economy: Wisconsin Republican comments, like State Sen. Chris Kapenga statements below, should be added to the historical record, documenting just how bizarre this do-nothing Trump-cult party prevented government from responding to anything. Here's the answer to Kapenga's false statement about ineffective masks:

Mark Kaufman, a physician and chief medical officer for the Wisconsin Hospital Association, said “No part of the state is untouched. The main reasons are a lack of individual and collective compliance with the public health measures that we know will work to control this pandemic.”

Reporter: "They're the premier health organization (CDC) in the country, why would they want to misrepresent information?"

Wanggaard: "I don't know if it was intentional..."

Wanggaard: "Could be much fewer than that."

From last week, Rep. John Nygren and Sen. Duey Stroebel made these breathtaking leaps of fantasy:

Sen. Duey Stroebel: "I'm not a scientist, I'm not a doctor, I think you can also look at some facts that say the masks haven't been changing anything, but then again..."
Interiewer: "But Senator, that's not what your public health officials are saying...."

Economy will not recover until the virus is under control warns Federal Reserve Bank president.

Neel Kashkari, president of the Federal Reserve Bank of Minneapolis, said at a webinar held by Wisconsin Manufacturers & Commerce, the state’s largest business association Wednesday, “This is not about politics — it’s about confidence.”

Kashkari’s overview of what’s ahead was not encouraging, he said people will be wary of going to restaurants, movie theaters and sporting events. “If thousands and thousands of businesses go bankrupt,” Kashkari said, “this recovery is going to be much slower.”

Employment in the manufacturing sector is still down by about 720,000 jobs nationally from February.

Republicans Legislate through the Courts with Lawsuits: With a gerrymandered permanent Republicans majority in control, they've set up a legal arm to take lawsuits to an activist conservative Supreme Court.

But wait, one judge is calling out that scheme:

St. Croix County judge R. Michael Waterman was appointed to the bench in 2015 by then-Gov. Scott Walker, a Republican. He said:

"The legislature can end the state of emergency at any time, but so far, it has declined to do so. As the statewide representative body of the citizens of Wisconsin, the legislature’s inaction is relevant and it weighs against judicial intervention, especially when the requested intervention will have statewide impact," Waterman wrote. The judge agreed with Evers that he can continually issue public health emergencies, which attorneys for the plaintiffs argued Evers could not do legally. Emergencies are limited to 60 days, but the governor can issue new ones after each emergency expires, Waterman said. "Plaintiffs in this case don’t ask to preserve the status quo; they ask to change it," Waterman wrote. 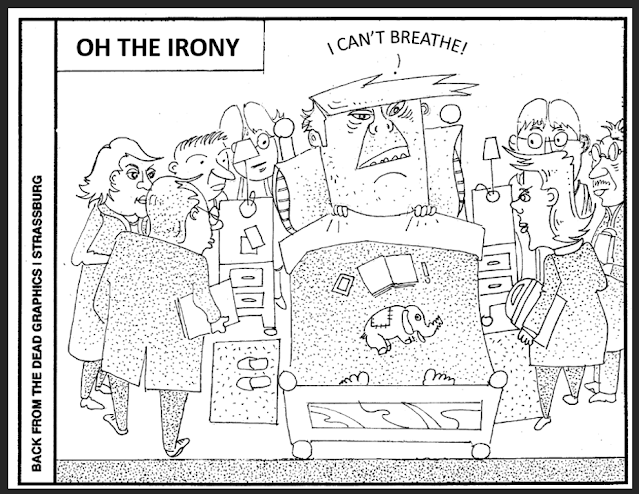 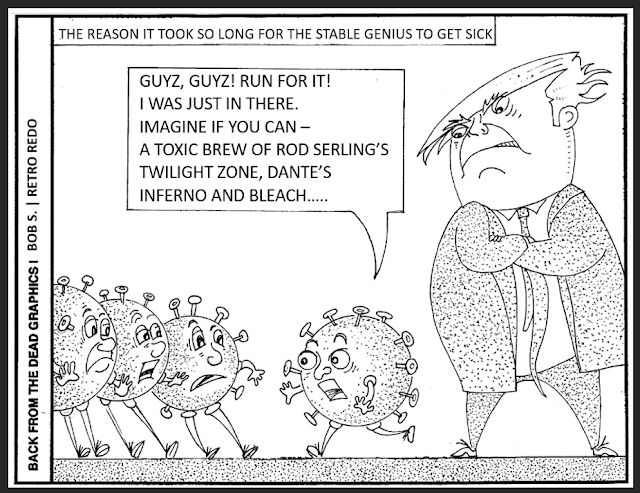 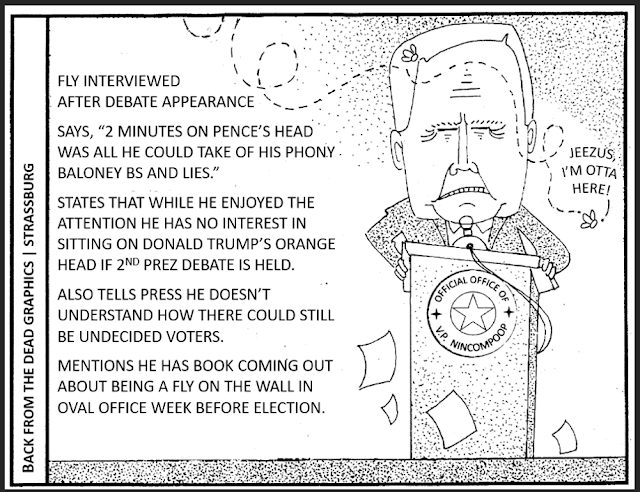 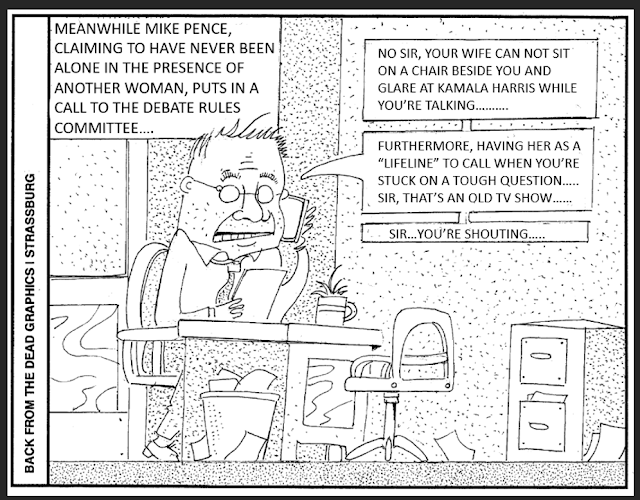 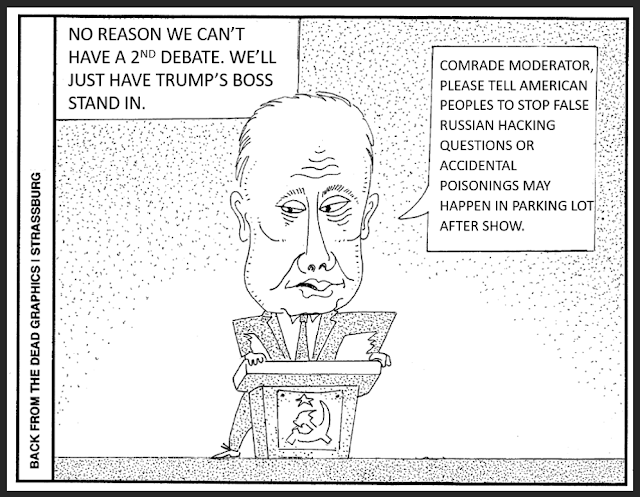 The words heard around the world... 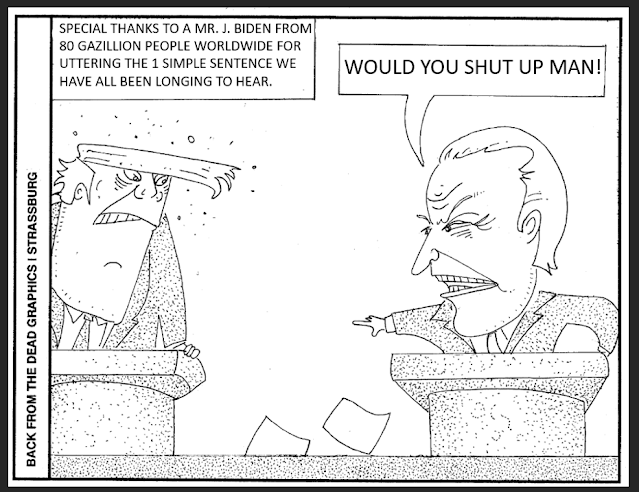 With the Covid-19 pandemic in full swing nationwide, with Friday's count at 54,441 positive cases and 906 deaths (just one day), Republicans still won't budge on masks or anything else.

Rightists claim COVID-19 was a hoax and a money making Democratic plot (Breitbart) to shut down the economy blah, blah, blah…why don't the Democrats ever tell me their plans?

Wisconsin Pandemic Spreads to New Levels: In just one day:

Saturday's 2,892 positive cases, 19 more people have died. Wisconsin's outbreak is among the worst in the nation:

With Republicans blaming Democratically run cities for everything, it should be of interest to #TrumpTrash that Republicans controlled Jefferson County, and it's no conservative utopia:

What Wisconsin Republicans didn't expect was an uncontrolled statewide rise that should have forced them into action. But still, they won't budge or change their mindless excuses.

COVID-19 took a back seat to "procedure" and "freedom," as Rep. John Nygren and Sen. Duey Stroebel whine that Gov. Evers didn't go to the legislature first , which didn't matter since a "one-size-fits-all" solution is out of the question. And that's the big reveal here. WKOW's Capitol City Sunday:

By literally doing nothing, they forced the Governor to act, which played right into their hands.  The activist conservative State Supreme Court is likely to permanently ban the governors emergency powers forever. The result, small, chaotic, and inept government.
DUMB AND DUMBER: Here are a few other jaw-dropping comments from safely gerrymandered Republicans that voters should be fed up with by now, but aren't. NOTE: Because conservative "freedom" loving losers don't wear masks, and there are a lot of the in Northeastern Wisconsin, they're driving the infection numbers higher, negating the positive effects of mask wearers:

"There is a correlation," State Sen. Rob Cowles, R-Green Bay, said of the rising hospitalizations in Wisconsin. "Precisely the correlation? We don't know. But there's no doubt that things have gotten worse."  That day, a hospital in northeastern Wisconsin had to treat people in hallways because it was so overwhelmed with COVID-19 patients."
Sen. Chris Kapenga, R-Delafield, said "There is not a scientific consensus that using face coverings have been proven to stop the spread of COVID. In the place of evidence, face masks have become a politicized mental placebo."

Rep. Jeremy Thiesfeldt, R-Fond du Lac, gave a similar argument against Evers' extension of the mask mandate, saying "statistics show that Wisconsin’s mask mandate has been ineffective in controlling the spread of the virus."

Rep. Scott Allen, R-Waukesha, said the same day: "Data is in: masks either hurt or do not seem to make a difference." Allen tested positive for COVID-19 five days later.

UNBELIEVABLE: If you've ever been to rightist (if we're leftists, they're rightists) media sites, it's sell, sell, sell, with popup ads and pleas for money. Trump's COVID case is no different...seriously, you won't believe this:

According to a new ABC News/Ipsos poll. In two separate questions, 72% said that Trump did not take the "risk of contracting the virus seriously enough," nor "the appropriate precautions when it came to his personal health."

They're just not Republicans, they're dumbasses too: 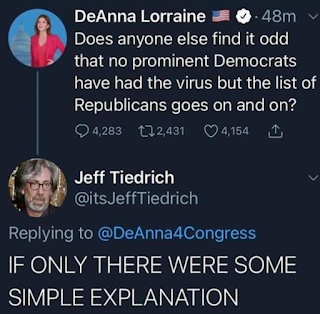 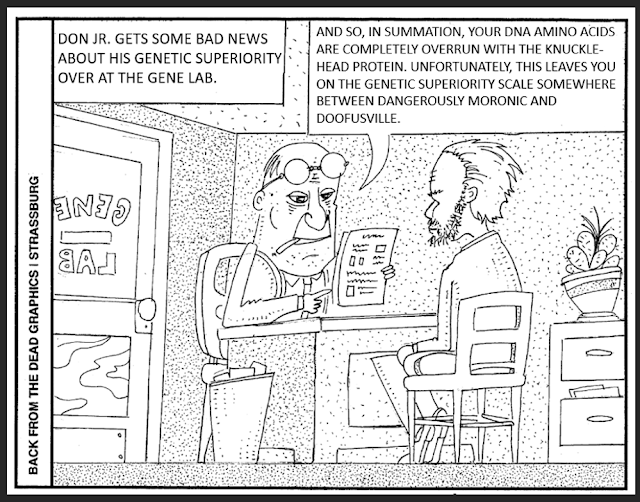 Just in time for rallies... 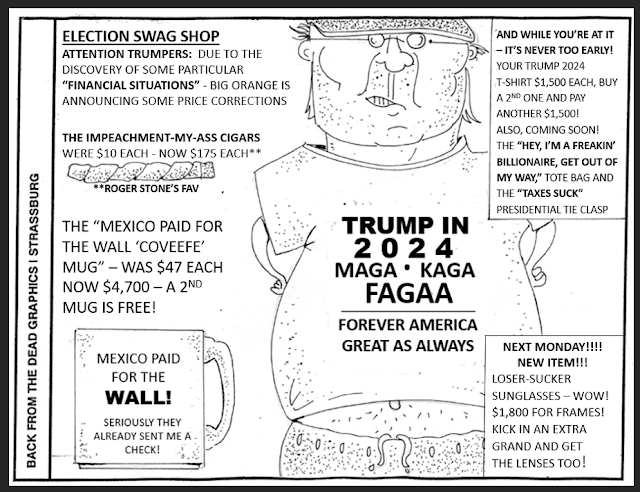 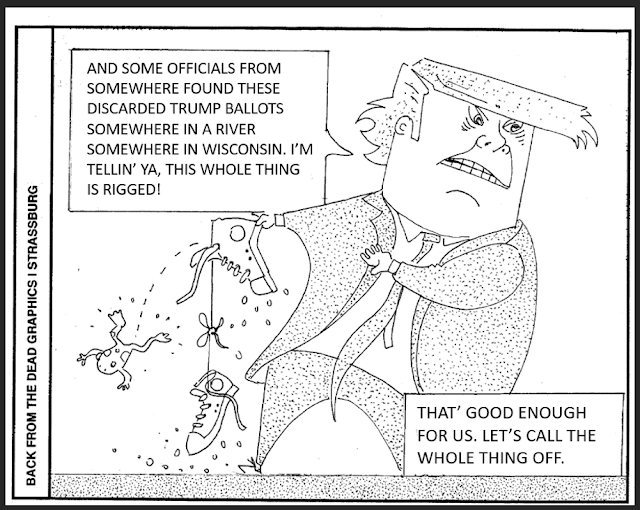