Graeme Zielinski will be missed. He's moving on from his duties at the Democratic Party of Wisconsin to write. In the words of Dickens, "I see a vacant seat...in the poor chimney corner...carefully 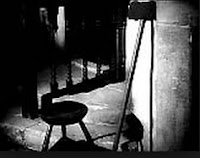 I've been disappointed by many liberals, progressives and Democrats who have criticized Zielinski for his aggressive style, and being the kind of fighter they could only dream of being. Clever and brutally to the point, Zielinski knew how to rankle the radical right and the Walker Authority. And isn't that what's its all about, getting their attention?

Instead of creatively standing up for Zielinski's comparisons, asides, and no-holds-barred advocacy of an actual Democratic agenda, he was bashed and asked to apologize for...being honest. His irreverent approach was refreshing. His biting humor and quick wit, an amazing thing to watch.

This is how we treat our best spokespeople? Where does this leave us? Here's Zielinski's sign off, for now: 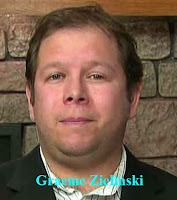 TMJ4: After three-and-a-half years before the mast at the Democratic Party of Wisconsin, I'm moving on. It was one hell of a ride and I'm proud of the work I've done, both before- and behind-the scenes.

It was an honor to fight passionately, honestly and with integrity for the values I love that have sustained the state and Party I love, all during some pretty momentous days.

As my Church teaches me, the rich and powerful can fend for themselves. It is up to progressive institutions to stand up for the rest of us, and that's what I intend to do as I move forward, buoyed and strengthened by the great experience of my time with the Party.

Stay tuned and be in touch. In the immediate future, I'm working on an exciting writing project which you'll hear more about soon-Cheers, GZ.