The hypocrisy got so bad, even a Democratic legislator managed to must up enough backbone to parody the Republican phony outrage over the UW surplus, by comparing it to the utter mismanagement of Walker's WEDC. As described by Cap Times reporter Jack Craver:


State Rep. Gordon Hintz, D-Oshkosh, went to comical lengths to make the point. Here is an excerpt from a statement he released on Tuesday, in which he made some "edits" to an earlier press release from GOP leaders on the UW System. The bolded text is what he added: 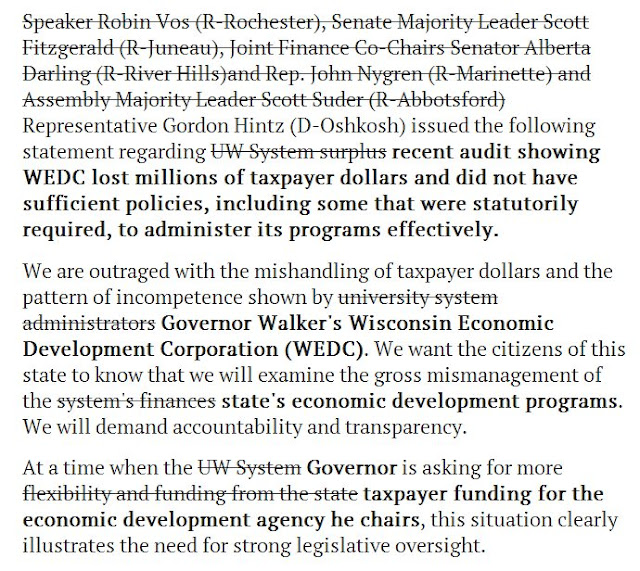