Tea party reporter Dave Weigel at Slate wrote a stinging story on the absolute upside logic and hypocrisy of the right wing on 501(c)(4) tax exempt status. Media Matters has been targeted for years because they simply play back video and audio of actual comments made by Republicans that reflect very badly on their agenda. For that, Republicans and Fox News took aim at Media Matters to discredit them and pull their tax exempt status for just being a mirror reflection of their projected “ugly side.” 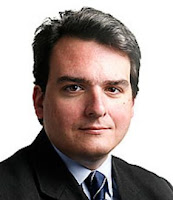 Weigel takes a funny and revealing look at how quickly conservatives can flip flop when convenient, eventually taking both sides, to save their own asses. I challenge any conservative troll to deny this simple truth:

A little more than a year ago there emerged a scandal about political groups winning tax-exempt status. Left-wing groups. The Daily Caller shared pages of memos and anecdotes from Media Matters for America, then shared quotes from Republicans asking why a liberal press-watching organization deserved 501(c)(3) tax-exempt status. “The collaboration that they talk about on a weekly basis with the White House means this is a political operation,” shuddered Sean Hannity on his Fox News show. “This is not a 501(c)(3)—you know, tax-exempt organization. This sounds like a political organization and close collaboration with the White House.”

And this is how politicos used to talk … until last Friday … decry or ridicule the 501(c)(3) and 501(c)(4) exemptions intended for “social welfare” but used pretty nakedly for politics. In the George W. Bush era, the NAACP was investigated on those grounds, and some conservatives executed mid-air high-fives.

Crossroads Grassroots Policy Strategies mission statement, is “a non-profit public policy advocacy organization that is dedicated to educating, equipping, and engaging American citizens to take action on important economic and legislative issues that will shape our nation's future.” According to observable reality, it and other Crossroads groups spent around $300 million to attack Democratic candidates.

The Huffington Post’s Michael McAuliff noticed an old interview with Sen. Mitch McConnell full of the old “the left abuses tax-exempt status” gospel. “Most of the so-called charitable organizations who are involved in political activity in this country, who are, in my judgment, involved in arguable violations of their tax-free status and violations of the campaign laws, happen to be groups on the left.” But when McAuliff followed up; McConnell declared money is speech. Even secretive money is speech. Demanding disclosure, or audits, was a threat to that speech.

Here’s how the campaign finance lawyer C. Boyden Gray described the possible offenses of Media Matters back in February 2012, zeroing in on the group’s “political training” program … a program designed to instruct left-leaning pundits on how to effectively bring the liberal gospel to the airwaves. Gray said trainees … could be problematic for the legal status of their training organization.

What’s the difference between the Leadership Institute training young politicos on the right and Media Matters training young politicos of the left? Nothing. There’s no difference … conservative Republicans (led by Rep. Michele Bachmann) gathered outside the Capitol with Tea Party leaders who’d been hassled by the IRS. Speaker after speaker decried the IRS for trampling on free speech—by holding back on tax-exempt “social welfare” status for groups that would eventually show up outside the Capitol, next to conservative Republicans.