Guns, Mass Shootings should tank Republican hopes in the Midterms.

Republicans are telling us that mass shootings are horrible but normal and that there are evil people everywhere that we can't stop.
That's not a solution, and that's not what every other industrialized nation found after dramatically stopping mass shootings with legislation.
Let's start with the solutions first before someone ambling by this post loses interest:

School safety researchers support tightening age limits for gun ownership from 18 to 21. The teenage brain, they say, is just too impulsive and irrational. The gunman it's important to note, in Parkland, Santa Fe, Newtown, Columbine, were all under 21. And authorities say the Uvalde gunman waited one day after turning 18 to buy an AR-style rifle. In a call to action a few years ago, dozens of advocacy groups and school safety experts also recommended universal background checks and banning assault-style weapons. These are things that polls show the majority of Americans support. I'll add one more thing improve gun storage at home.

Texas went in the opposite direction, wiping out gun laws:

I will be posting more of the insane comment that conservatives should never forget when they're out their voting and bragging about how patriotic their Republican candidate is. After all, their campaign ads featured them holding guns. Uh, that's awkward... 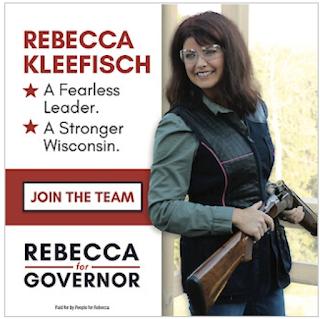 This former WI Supreme Court Justice is thinking of running again, laying down the law, and that gun says he means it. 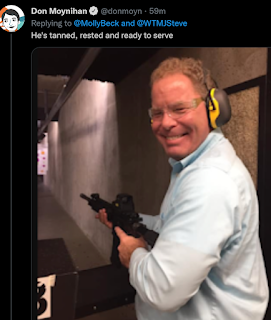 YouTube blocked me from posting video for a week after leveling a strike on an old "vaccines made me magnetic" video clips they said was attempted misinformation. I guess pointing the right-wing insanity is now off limits. While parents demand teachers stop teaching CRT and wokeness, they're teaching their kids... 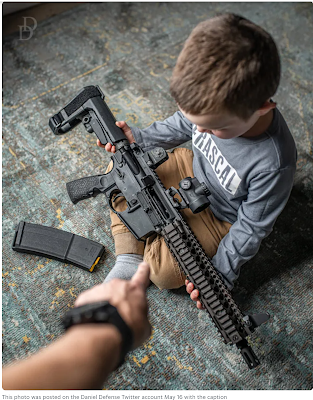 “Train up a child in the way he should go, and when he is old, he will not depart from it,”

Daniel Defense, the manufacturer of the rifle used in the massacre posted the above ad on social media that featured a toddler holding a similar weapon.

The Republican Convention of Victimhood and Unaccountability!

One of the most striking reasons for conservative radicalization is the total lack of accountability for making ridiculous claims and manufacturing a whole list of ridiculous culture war "threats" to real Americans.

Oddly, Republicans are never confronted or questioned about their wacky claims by their drooling voters. This in turn allows Republicans to play the victim.

At the recent GOP convention in Middleton, Ron Johnson whined that he was the victim of the media trashing his lies and outright bizarre comments. That victim mentality, victimhood, is the foundation of GQP politics now. JSOnline:

Johnson: "It’s not fun having your integrity attacked, lied about, falsely accused day in and day out. It’s not fun."

"There were people inside the administration who utilized the pandemic to defeat a sitting president," Johnson said.

As if there ever was a deadly GLOBAL virus (not just in the US) in the first place. The left made it up. But this is a "hard cold fact" for the right wing. Heaven forbid Democrats run on the Trump COVID debacle:

And while the convention was an angry fever-swamp of resentment, hate, and vilification for everyone not Republican, Johnson realized he had them in his manipulative hands...

It's really obvious to everyone but sheeple WI Republicans:

Ben Wikler, chairman of the state Democratic Party, said it was ridiculous for Johnson to blame others... "I can tell that Senator Ron Johnson is tired of accountability," Wikler told reporters.

So, the gathering of happy Republicans, who are just tired of the anger and the divide, did show unity in the face of the liberal left. Like overturning the election...:

You can believe whatever you want. Of course, everybody is free to speak their mind on the right..

So, cancel culture is not a part of the WI Republican Party? Wait for it... 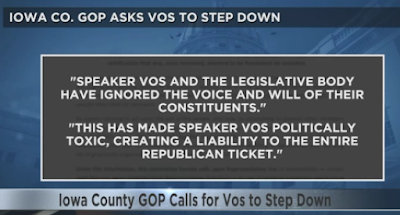 At the convention, "cancel culture" was still a big vote getter:

The Republican conspiracy swamp, where anything is possible and everything is true, is a problem of their own creation. Former Republican Jeff Flake nailed the reason why all of this shit is sticking to the wall now:

In arguing against same-sex civil unions, she said, "This doesn't just have roots in the Bible. This has roots in fiscal common sense."

"(she was ) circulating a flier saying that, if elected, she would be "relying on the wisdom and faith she has in Jesus."

What is true about Republicans, is that things will only get worse, and every punishment they can levy in legislation will spread nationwide. Which is why I am including this comment from a Trump backed candidate for state representative in Michigan, as a peek into the future:

A few thoughts I'm surprised reporters aren't even just a little curious about:

1. American Union: Like the Soviet Union, Republicans are working toward a group of satellite republics under one authoritarian government, helped now by a politically radical Supreme Court, who will now turn federal law over to the states.

Each state will be independent, and the Supreme Court is now positioned to make this happen. I'm not making this up. Remarkably, former presidential candidate Scott Walker revealed the plan in March of 2016:

I’d like to take huge chunks of the federal government and send it back to the states. For years people have talked about Medicaid—that’s a good start, to block grant that. But I’d take major social service programs, I’d take transportation and infrastructure, workforce and development, environmental protection, and heck I’d take education and instead of spending each of those down from Washington where the federal government skims off huge chunks of money and sends pennies on the dollar back to the state governments, why not keep those dollars back in the states where states can be more effective, more efficient, and certainly be held accountable to the hardworking taxpayers?

From Walker's mouth to your ears:

2. Did Republicans just Purge Women from the labor force? Despite a growing labor shortage and a decline in birth rates, forced childbirth will push many out of the workplace.

Bullshit, Republicans just forced many women out of the workplace by forcing them to give birth, run up bills they can't pay off, and keep poverty firmly locked in place for a generation. That alleviates labor shortage? https://t.co/PRSrQ4i7Hv

This is just the start of an avalanche of illegal suppression...Gov. Lee signs law criminalizing mail-order abortion pills https://t.co/uWqffwYuHh

I know, how can a state ban mail delivery? But they'll try, and then take it to the right-wing activist Supreme Court, already delegitimized by the Roe decision among others.

4. Businesses Step Up: The reason for overturning Roe will result in a never-ending avalanche of insane laws put forth by the party of small government. In a surprise move that you're sure to see made illegal soon by red states everywhere...

From Amazon to Yelp: The companies taking a stand on reproductive rights https://t.co/WpeohAsNNy via @Yahoo

It's also a growing corporate movement...

Prominent companies have already taken political and financial stands against the erosion of reproductive rights. The case is one of the court's most controversial cases in decades — so much so that the highly charged and personal debate over a right to an abortion is spilling over into the corporate sphere.

Meanwhile, Salesforce (CRM) is offering to pick up moving expenses for its employees who live in a state with an abortion ban exceeding that of Roe, and move to another without such restrictions.
And Uber (UBER) and Lyft (LYFT) adopted similar policies that reimburse their drivers for legal fees to defend lawsuits in the event that they are accused of aiding and abetting an illegal abortion. 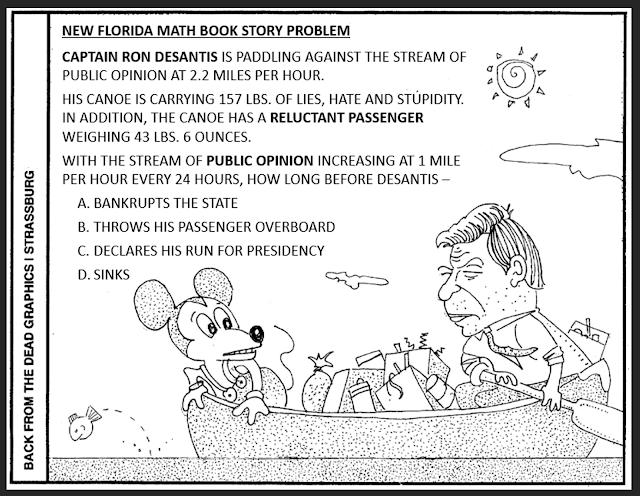