IRS targeting of Teabillies begs the question, where were they when Bush went after liberals?

The IRS scrutiny of tea party insurgent group’s hell bent on overthrowing the country finally got their “low information” attention. It took awhile for a few of them to read a newspaper.

Regardless of how this story turns out, tea party losers should ask themselves why they didn’t rise up during the Bush administration, after they passed the Patriot Act and created the costly Homeland Security Department.

Below, Salon’s David Sarota lists even more examples. One he did leave out was the politicization of the Justice Department in its efforts to prosecute nonexistent voter fraud efforts by Democrats. 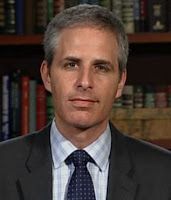 Two wrongs do not make a right. But the discrepancy in reactions to wrongs does … That’s one of the big  takeaways from the reaction to news that the Internal Revenue Service allegedly targeting conservative organizations for extra scrutiny in their larger review of political groups’ tax exempt status.

In terms of partisanship, Republicans now screaming bloody murder over the IRS allegations clearly don’t care about the principles of equal protection, nonpartisan public services or impartial governance. We know this because most of them had nothing to say about the Bush administration’s actions against the GOP’s ideological opponents. In the context of that record, the GOP is really saying it is outraged when government resources are aimed at its friends, but more than happy to have those resources aimed at its enemies.

The Bush cabal didn’t just use the IRS for its political hackery, it mounted a full-scale government-wide assault on its enemies, marshaling disparate agencies in its smear efforts … in 2005, Bush’s IRS began an extensive two-year investigation into a Pasadena church after an orator dared to speak out against President Bush’s Iraq War … the Secret Service was repeatedly deployed to physically block suspected antiwar activists from attending public presidential events ... targeted some peaceful antiwar activists for arrest for the alleged crime of “holding up small handwritten protest signs outside the designated zone” of free speech (yes, the Bush White House cemented the precedent that the right to dissent is no longer a fundamental right, but is instead only allowed in certain “free speech zones”). Ultimately, in a case dealing with a man who was arrested for simply telling Vice President Dick Cheney that his “policies on Iraq are disgusting,” the Republican-dominated Supreme Court upheld the Bush administration’s use of “retaliatory arrests” against the administration’s ideological critics.

The Washington Post reported that “the FBI improperly investigated some left-leaning U.S. advocacy groups after the Sept. 11, 2001, attacks…citing cases in which agents put activists on terrorist watch lists even though they were planning nonviolent civil disobedience.”

A Fox News’ headline this week summarizing a Karl Rove interview blared: “What if IRS Under President Bush targeted liberal groups,?”  as if that never actually happened…even though it most certainly did.
The lesson should be straightforward: according to Washington, politicized government is perfectly fine when it is punishing liberal forces that challenge the status quo, but totally outrageous when it is targeting conservative groups that preserve the status quo. Neither should be acceptable, of course.