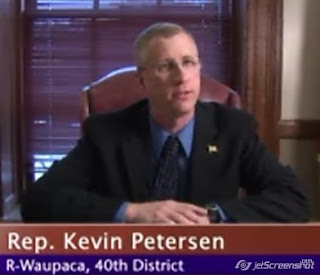 As much as Republicans say "start over," insisting no one likes government health care, Rep. Kevin Peterson describes how popular the state Medicaid program really is. In fact, Peterson criticizes the governor for underestimating the public need:

State government officials grossly underestimated both enrollment and the cost of the plan. At the governor’s orders, everyone qualified for BadgerCare Plus Core after October 9th were put on a waiting list. Currently, over 21,000 people are registered on the list.

That's right, over 21,000 Wisconsin citizens are in line. That's over and above the programs initial rush to get in.

Aren't all these people worried about losing their freedom?
Posted by John Peterson, Democurmudgeon at 3/15/2010 01:13:00 PM