Private Nuke Plant Threatens Closure if Forced to Save Environment. 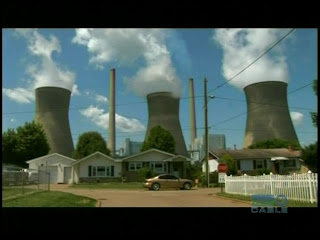 In the private sector, the external negative impact they create are someone else's problem, not theirs. But sometimes they're asked to clean things up.

AP - Owners of the nation's oldest nuclear power plant are threatening to shut it down rather than build cooling towers mandated by New Jersey environmental regulators. Exelon Corp. says the $800 million it would cost to build the towers is more than the 40-year-old Oyster Creek Nuclear Generating Station is worth, and wants the state to withdraw its demand.

The state says that process kills billions of shrimp and tens of thousands of fish,
crabs and clams each year … environmental groups say the plant is contributing to the rapid decline of Barnegat Bay - a centerpiece of the local tourism and recreational economy … contribute to increased jellyfish populations that discourage people from swimming in the bay and its many tributaries … vast amounts of marine life including fish and crab eggs, larvae and small animals are killed by getting sucked into the plant, or trapped against screening gates.

So the bay is a warm water dumping area, huh. What do people expect for getting clean nuke energy? Looks to me like someone is looking for a taxpayer bailout to build the cooling towers.
Posted by John Peterson, Democurmudgeon at 3/18/2010 01:58:00 PM