Unthinkable?...Not for Republicans like Gov. Janice Brewer: She asks Doctors to Turn Away Children. Cancels SCHIP! 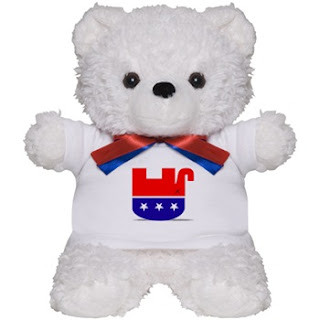 It's another instance where Republicans would do anything, even abandon children, if it was convenient and save them money.

This may even be over the top for some conservatives:

Arizona has become the first state to cancel its State Children's Health Insurance Program, which, like other SCHIP programs, is funded jointly by the state and the federal government. The budget passed by the legislature and signed into law by Republican governor Janice Brewer eliminates the $22.9-million program, known as KidsCare, as of June 15th. The program served 38,000 children living in families with incomes between 100% and 200% of the federal poverty level ($22,000 to $44,000 for a family of four).

The following reason offered up by Gov. Brewer doesn't come close to excusing her and fellow Republicans for doing something Democrats would never ever think of doing. That's cutting just $23 million from a deficit of $2.6 BILLION.

"As an Arizonan, as a mother, and as a person who feels great compassion for the vulnerable and less fortunate," she said, "it is only with great reluctance that I advocate a number of deep reductions in funding. . . . As governor, I have a duty to preserve State government's fiscal integrity and to ensure Arizona's long-term health."

And as a mother, you've found a way to justify yanking the health care needs of children to save money.
Posted by John Peterson, Democurmudgeon at 3/19/2010 06:33:00 PM