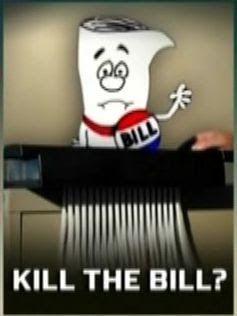 The title says it all. Like the following news from the Club for Growth, headed up by Grover Norquist who wants to drown government in a bathtub, is surprising. I hope they try. The Washington Post:

Can Republicans win election this fall by campaigning to repeal the health-care legislation now nearing passage in Congress?

Started by the conservative activist group Club for Growth, the "Repeal It" movement first won the backing in January of some of the most conservative Republicans in Congress, such as "tea party" favorite Sen. Jim DeMint (R-S.C.).

...all of the major Senate hopefuls in Kentucky, Nevada, Kansas and Missouri have pledged "sponsor and support legislation to repeal any federal health care-takeover passed in 2010, Michele Bachmann (R-Minn.), a favorite of the tea party movement, said "this would be smart politically and it's the right thing to do."

And if Bachmann says it's the right thing to do, well…?

Republicans say the bill won't be that popular by November, because the public has already soured on the bill and the modest changes it makes by November won't change the overall perception of it.

But after a year of this, I don't think anybody is going to want to start this discussion again. The idea of repealing reform would only give the insurance industry even more power and encourage higher premiums. Insurers will know nothing will stop them in the future, and no political party will attempt a re-do health care for decades.

The final word: "Republicans have been saying this is the end of America as we know it and it will bring socialism," said Norman Ornstein, a congressional scholar at the American Enterprise Institute. "If it passes and not much happens, it's not as if there's going to be a huge backfire [on the Republicans], but in the overall argument they have not done themselves much political good."
Posted by John Peterson, Democurmudgeon at 3/17/2010 12:50:00 PM