Beware Republicans, you might get what you wished for... 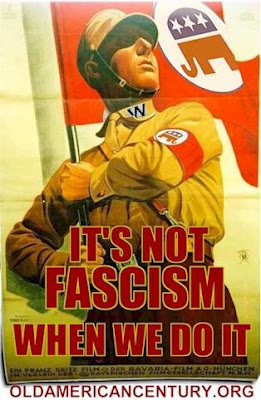 Here's what I wrote to my conservative, born again, gun toting friend yesterday after a flurry of contradictory emails from him that started to drive me crazy.

"So when the Republicans used deem and pass, it was fine, but now that the Democrats are using it, it's out of bounds and unconstitutional? Stop listening to the nut case media. If the GOP wants to end deem and pass, a parliamentary "trick"... I mean rule, they can test the constitutionality of it and see what happens.

Keep in mind, Republicans are no longer going to be able to use it, or use reconciliation, or back room deals, or pass anything in the middle of the night, or pass anything quickly without publically posting it for 3 days, use CBO estimates for future drunken sailor spending and defend taking Americans current doctors away by ending employer provided insurance. Oh and they'll have to defend downsizing Medicare for the elderly in the future etc.

That doesn't include sneaky parliamentary tricks they can't wait to try when they get back the majority. Remember when Republicans wanted to use the nuclear option in the middle of a session in congress. A no no. But they were going to do it. Did you scream it was unconstitutional at the time? Hey, you're the conservative constitutional expert.

Remember the Bush tax cuts that weren't paid for, the CBO estimate projected deficits, just borrowed money. Not only that, the Bush administration hid the actuarial costs from congress to get it passed. (crickets, crickets, crickets...)

For the Republican Party, it's okay to harass a guy with Parkinson's protesting FOR health care reform, or bashing an 11 year old because his mother died. And that's just the tea party movements good side.

Good luck when the tables are turned."