The Next Big Lie, Massachusetts Health Care Nothing Like Reform Bill!

We're now being told that there are no similarities between the Massachusetts health care plan and the Senates bill. Mitt Romney is obviously attempting to distance himself in the eyes of the anti-reform tea party movement, not to mention a raft of similar denials from Republican senators and representatives. But the facts just don't lie, like they do. 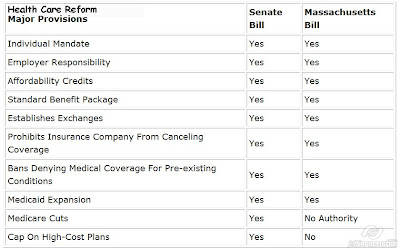 Senator Lindsey Graham pointed out two reasons the plans are completely different from each other.