Parents Should Demand Avoidance of Partisan Rewrite of History, Sociology and Economics by Texas Board of Education! 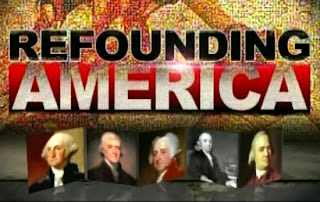 I haven't done a whole lot of haranguing of our elected officials, even on health care, but that has now changed.

NY Times: After three days of turbulent meetings, the Texas Board of Education on Friday voted to approve a social studies curriculum that will put a conservative stamp on history and economics textbooks, stressing the superiority of American capitalism, questioning the Founding Father’s commitment to a purely secular government and presenting Republican political philosophies in a more positive light. Republicans on the board have passed more than 160 amendments to the 120-page curriculum standards affecting history, sociology and economics courses from elementary to high school. The curriculum standards will now be up for 30 days of public comment.

In the digital age, however, that influence has been diminished as technological advances have made it possible for publishers to tailor books to individual states.

My advice is to call your congressperson, senator and school superintendent asking them turn down any school textbook influenced by the ultra conservative, religous fringe element on the Texas Board of Educaton. I know I have already. Besides a previous post on curriculum changes, here are a few partisan right wing changes:

Conservatives passed one amendment, for instance, requiring that the history of McCarthyism include “how the later release of the Venona papers confirmed suspicions of communist infiltration in U.S. government.” The Venona papers were transcripts of some 3,000 communications between the Soviet Union and its agents in the United States.

In economics, the revisions add Milton Friedman and Friedrich von Hayek, two
champions of free-market economic theory, among the usual list of economists to be studied, like Adam Smith, Karl Marx and John Maynard Keynes. They also replaced the word “capitalism” throughout their texts with the “free-enterprise system.” “Let’s face it, capitalism does have a negative connotation,” said one conservative member, Terri Leo. “You know, ‘capitalist pig!’ ”

Cynthia Dunbar, a lawyer from Richmond who is a strict constitutionalist and thinks the nation was founded on Christian beliefs, managed to cut Thomas Jefferson from a list of figures whose writings inspired revolutions in the late 18th century and 19th century, replacing him with St. Thomas Aquinas, John Calvin and William Blackstone. (Jefferson is not well liked among the conservatives on the board because he coined the term “separation between church and state.”) “The Enlightenment was not the only philosophy on which these revolutions were based,” Ms. Dunbar said.

Mavis B. Knight, a Democrat from Dallas, introduced an amendment requiring that students study the reasons “the founding fathers protected religious freedom in America by barring the government from promoting or disfavoring any particular religion above all others.” It was defeated on a party-line vote.

They also agreed to strike the word "democratic" in references to the form of U.S. government, opting instead to call it a "constitutional republic."