According to Ohio Rep. John Boccieri (bo-cherry), when he announced that he would vote yes on health reform, he read in Stars and Stripes Magazine that HHS Sec. Tommy Thompson delivered a taxpayer funded check to Iraq so they could have universal health care.

I would like to remind Tommy of that if he runs for Russ Feingold's senate seat and joins the cookie right in their attempt to repeal reform. 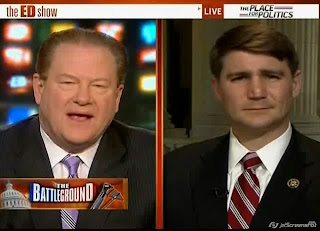