Phony outrage gets perfected by the recent Republican rants over a procedure they used without so much as a peep; Deem and pass. Again, having it both ways, the GOP thought they could pull another one over the public (maybe they have).

Any veteran observer of Congress is used to the rampant hypocrisy over the use of parliamentary procedures that shifts totally from one side to the other as a majority moves to minority status, and vice versa. But I can’t recall a level of feigned indignation nearly as great as what we are seeing now from congressional Republicans and their acolytes at the Wall Street Journal, and on blogs, talk radio, and cable news. It reached a ridiculous level of misinformation and disinformation over the use of reconciliation, and now threatens to top that level over the projected use of a self-executing rule by House Speaker Nancy Pelosi.

In the last Congress that Republicans controlled, from 2005 to 2006, Rules Committee Chairman David Dreier used the self-executing rule more than 35 times, and was no stranger to the concept of “deem and pass.” That strategy, then decried by the House Democrats who are now using it, and now being called unconstitutional by WSJ editorialists, was defended by House Republicans in court (and upheld). Dreier used it for a $40 billion deficit reduction package so that his fellow GOPers could avoid an embarrassing vote on immigration. I don’t like self-executing rules by either party—I prefer the “regular order”—so I am not going to say this is a great idea by the Democrats. But even so—is there no shame anymore?

MSNBC's Lawrence O'Donnell gets constitutional expert Jonathan Turley's opinion, only after first reviewing state Republican AG's "enlightend" attempts to challenge deem and pass. Suddenly, and only now, is it unconstitutional: 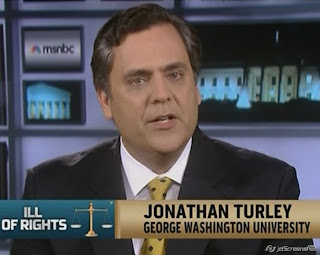