He's the guy I tried to be like in junior high. He was cool, smart and witty. He was actor Robert Culp, as "I Spy" character Kelly Robinson. After all these years, it's odd that I would feel this way, like a part of me is missing.

The last time I remember seeing Culp was his guest appearance on the Cosby Show, where Cliff Huxtable dreamed he was a spy teamed up with, you guessed it, Culp. It was nice to see these two good friends together again, just for the fun of it.

I will truly miss this childhood TV role model. I put together the following short clip. 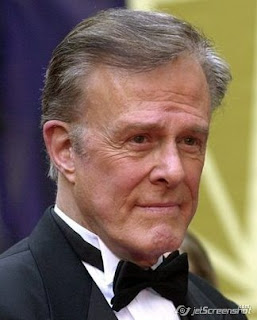 (AP) - Robert Culp, the actor who teamed with Bill Cosby in the racially groundbreaking TV series "I Spy" and was Bob in the critically acclaimed sex comedy "Bob & Carol & Ted & Alice," died Wednesday. Culp was 79. Manager Hillard Elkins said the actor was on a walk when he fell. He was taken to a hospital and pronounced dead just before noon. The actor's son was told he died of a heart attack. Los Angeles police Lt. Robert Binder said no foul play was suspected. Binder said a jogger found Culp, who apparently fell and struck his head.

"I Spy" greatly advanced the careers of Culp and Cosby and forged a lifelong friendship. Cosby said Wednesday Culp was like an older brother to him.

"The first born in every family is always dreaming of the older brother or sister he or she doesn't have, to protect, to be the buffer, provide the wisdom, shoulder the blows and make things right," he said. "Bob was the answer to my dreams. "No matter how many mistakes I made on 'I Spy,' he was always there to teach and protect me," Cosby said.


"I Spy," which aired from 1965 to 1968, was a television milestone in more ways than one. Its combination of humor and adventure broke new ground, and it was the first integrated television show to feature a black actor in a starring role.

Culp played Kelly Robinson, a spy whose cover was that of an ace tennis player. (In real life, Culp actually was a top-notch tennis player who showed his skills in numerous celebrity tournaments.). Cosby was fellow spy Alexander Scott, whose cover was that of Culp's trainer. The pair traveled the world in the service of the U.S. government.
Posted by John Peterson, Democurmudgeon at 3/25/2010 01:21:00 AM