Want to watch a train wreck?

Fox News was recently leading the charge to rebrand health care reconciliation as the "nuclear option," a term Republicans used in a threat to blow up the filibuster, and in doing so tried to lend credibility to their effort by getting some legal advice from Peter Johnson Jr..

This was like watching Jon Lovitz doing the liar guy on Saturday Night live. What they got instead was Johnson just making it up in the most embarrassing, obvious way, with opinion and analogies that never made sense.

And that's why I'm posting this clip here. Was there ever such an idiot? 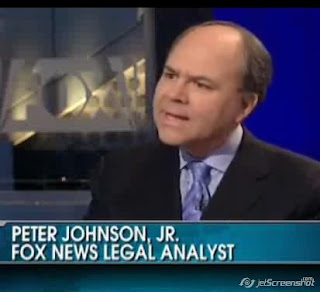 Labels: Law and Order
Email ThisBlogThis!Share to TwitterShare to FacebookShare to Pinterest