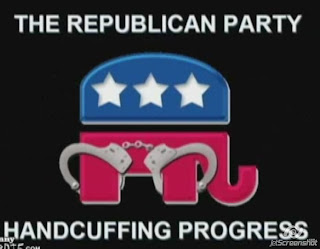 More unabashed, unashamed hypocrisy that the Republican base will predictably not question.

(AP) - Republican senators and business groups urged President Barack Obama against using the Easter recess to name a union lawyer to the National Labor Relations Board.

Opponents portray the lawyer, Craig Becker, as a radical who would push an aggressively pro-union agenda. All 41 GOP senators wrote Obama urging him not to appoint Becker when Congress takes a break next week. "His writings clearly indicate that he would use his position on the NLRB to institute far-reaching changes in labor law far exceeding the board's authority and bypassing the role of Congress," the lawmakers wrote in a letter.

But support for employee rights is the last thing business wants. Not able to except the electoral process and the new direction reflected the last two elections, Republicans don't get the change in ideological direction:

Despite the outcry from Republicans, recess appointments to the NLRB are nothing new. Bush used the tactic to install board members seven times, more than any other president.

It's horrific to see the "radical" anti-union right wingers fade from the NLRB. This damn two party system is a bitch.
Posted by John Peterson, Democurmudgeon at 3/25/2010 11:15:00 AM