Why are they so MAD? Tea Party protesters, part 2 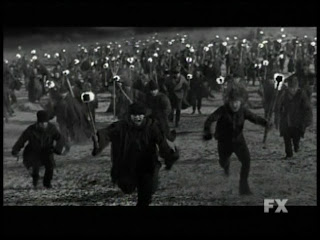 I found this piece to be right on the money.
Ezra Klein: Jon Cohn spent part of Saturday wandering through the patches of protesters on Capitol Hill. What surprised him, however, was that the protests seemed less about health-care reform than about redistribution itself. To the protesters, Jon says, health-care reform is "about having their money taken for the sake of somebody else's security. When they hear stories of people left bankrupt or sick because of uninsurance, they are more likely to see a lack of personal responsibility and virtue than a lack of good fortune."
There are three major subsidies operating in the health-care system. The first is Medicare, Medicaid … then there's: The tax break for employer-sponsored health-care insurance. At $250 billion a year, it's much more expensive than health-care reform, and it subsidizes people with good jobs that offer health-care benefits.
Another group: People with jobs, but not jobs that are good enough to offer them health-care benefits. People with paychecks, but who aren't making quite enough money to bear the cost of insurance. People who're buying insurance on their own, which means they don't get the good deals that big employers get, and they don't get a giant tax break to help them out. But these aren't lazy people, or layabouts. These are people who've been left behind in the system. We spend a lot more money to give a lot more help to a lot of folks who need it less than this group does.
The new rules on insurers go to help another group: People with bad luck. A preexisting condition is not the fault of the individual. When someone who has coverage and then gets sick finds their policy rescinded, that's also usually not their fault. They had the bad luck … to have an insurer looking for a loophole to deny them coverage, and then the bad luck to have their insurer actually find one.
These are the folks health-care reform is meant to help. The fact that they can't afford insurance, though, isn't evidence of some abdication of personal responsibility. It is evidence that they're not old, or very poor, or employed by a large corporation that offers health-care insurance. Sickness and health might be capricious, but access to health care doesn't have to be. It isn't in other countries, and if Democrats win the vote tonight, it won't be in ours, either.
Posted by John Peterson, Democurmudgeon at 3/21/2010 04:41:00 PM