Caterillar, AT&T are Whining the Money Taxpayers are Giving them will now be taxed. 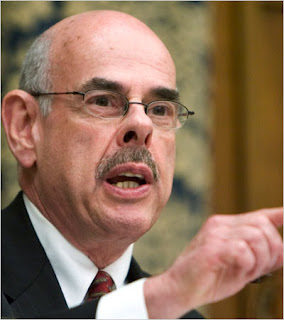 I've been stumped for weeks trying to figure out what all the corporate whining was all about from Caterpillar, AT&T, Deere and Co. and 3M when it came to health care reform. It took this long for the news media to reveal the outrageous details of a Bush era corporate handout, paid for by taxpayers, twice. You won't believe this one:

NY Times: An association representing 300 large corporations urged President Obama and Congress on Monday to repeal a provision of the health care overhaul that prompted AT&T, Caterpillar and other companies to announce substantial charges for the current quarter.

White House officials (said it was an) effort to eliminate what they said was an unusually generous tax loophole.

Pushed by Republicans and the Bush administration, the attempt to privatize Medicare Part D was only a part of the cost taxpayers would pay to corporate America:

When Congress and President George W. Bush enacted a prescription drug plan for seniors in 2003, the legislation encouraged companies to continue providing prescription coverage to retirees, instead of shifting retirees to Medicare Part D, by having the government give those companies large subsidies for each retiree — and also allowing them to deduct those subsidies from their income taxes.

Under the health care overhaul, the federal government will continue providing those subsidies — amounting to 28 percent of a drug plan’s costs — but companies will lose the tax break.

Jaw dropping isn't it? According to the Wall Street Journal: "The current health-care overhaul doesn't eliminate the subsidy, nor make it taxable. What it changes is that companies will no longer be able to deduct the portion of the drug benefit paid for by the subsidy."

Henry A. Waxman, chairman of the House Energy and Commerce Committee, criticized the charges by the companies, asserting that the health reform would save companies more money than it cost them. Waxman sent AT&T, Caterpillar and Deere a sharp letter, questioning the charges and saying he wanted top officials from those companies to testify at an April 21 hearing he has scheduled on the issue.

Their letter said AT&T’s moves “appear to conflict with independent analyses,” including a finding by the Business Roundtable, an association of chief executives, that health care reform would reduce insurance cost trends for businesses by more than $3,000 for each employee over the next 10 years.

Gerry Shea, the A.F.L.-C.I.O.’s chief strategist on health care, stopped short of calling for a repeal of the provision. “We’re very concerned about the disruption that could be caused because of this, with people being pushed out of employer plans.”

Bottom line: Lose the insane tax deduction for the government subsidy.
Posted by John Peterson, Democurmudgeon at 3/30/2010 10:09:00 AM