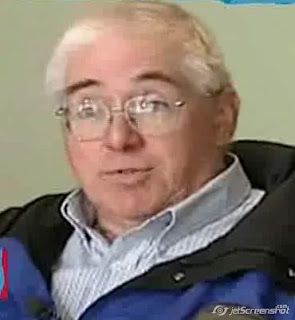 Mike Vanderboegh, the 57-year-old former militiaman from Alabama and libertarian who has advocated violence, terrorism and brick throwing vandalism, says

"The central fact of the health-care bill is this, and we find it tyrannical and unconstitutional on its face. The federal government now demands all Americans to pay and play in this system, and if we refuse, we will be fined, and if we refuse to pay the fine, they will come to arrest us, and if we resist arrest . . . then we will be killed. The bill certainly doesn't say that, but that's exactly and precisely what is behind every bill like this."

Shocker Alert!!! He's on GOVERNMENT DISABILITY! I think fellow conservatives would call that a "taxpayer handout."

Vanderboegh said he once worked as a warehouse manager but now lives on government disability checks. He said he receives $1,300 a month because of his congestive heart failure, diabetes and hypertension. He has private health insurance through his wife, who works for a company that sells forklift products.

Will Vanderboegh give up his taxpayer paid disability check for the cause, to stand on his own two feet and organize a community car wash or bake sale to pay his bills? Sen. Tom Coburn was pushing that solution at his town hall meetings. Or is Vanderboegh a hypocrite?

Vanderboegh's message is also an act of terrorism, because of the following statement: