Rep. Bart Stupak is still getting face time pushing his imagined war on federal funding of abortions. On Hardball, Stupak's disregard for a woman's place in the world is not just a male authoritarians point of view that only favors Catholic Bishops, but calls into question the nuns place in religion and their efforts to lobby in Washington.

Stupak: "With all the respect to the nuns, when I deal, when we're working on right to life issues we don't call the nuns. We deal with right to life, we deal with the U.S. Conference of Catholic Bishops..."

Matthews: "Why are the Bishops more reliable than the nuns?


Stupak: "Because I don't think I've ever been...in my eighteen years I don't think I'd ever been contacted by the nuns...on legislation. Seldom do you see them, they're not considered one of the groups actively involved up here on issues... they're not recognized spokesperson for the Catholic church."

It's time someone organize "NunPak." 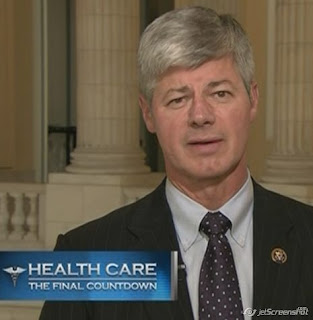