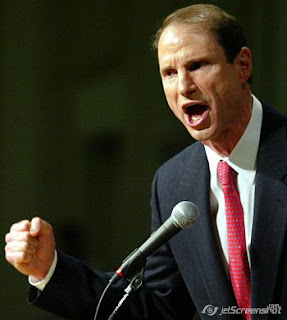 Wait a minute, do the 13 AG's who are suing the federal government know they don't have to mandate anything in their states, if they don't want to? Check this out:

"…as Sen. Ron Wyden (D-OR) points out, the health care law already allows states to “go out and do its own bill, including having no individual mandate” as long as “they can meet the coverage requirements of the bill.”

“Why don’t you use the waiver provision to let you go set up your own plan?” the senator asked those who threaten health-care-related lawsuits.

“Why would you just say you are going to sue everybody, when this bill gives you the authority and the legal counsel is on record as saying you can do it without an individual mandate?”

I also thought this was an interesting take against joing the lawsuit:

Kentucky Attorney General Jack Conway announcedyesterday that “he will not file a lawsuit against the federal government in trying to refuse the legislation.” “I do not intend to use my authority as Kentucky Attorney General to sign our Commonwealth onto a health care lawsuit against the federal government, because I will not waste taxpayer dollars on a political stunt,” Conway said. “Trey Grayson’s gimmick may be good ‘tea party’ politics, but it’s based on questionable legal principles,” Conway said, referring to the Secretary of State’s request that he file a lawsuit.