Olbermann on Tea Party Protesters and GOP Encouragement: "Self Rationalizing Refusal to Accept the Outcomes of Elections" 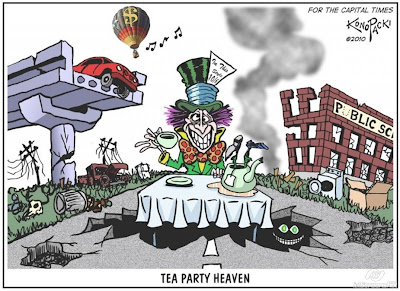 MSNBC's Olbermann sums up the "spirit" of the tea party movement in the video below.

My own take is that the new Republican/tea party, would much rather leave everything up to chance. From their own health, to food safety, pollution, medical errors, education and employment. Their freedom, liberty and chaos trumps my own desire for regulation, order, freedom, liberty and consumer safety. But because Rush Limbaugh believes liberals should be "wiped out," I'm getting the uneasy feeling my freedoms don't really matter. My life would be much better under the authoritarian rule of the conservative, after all they have always said that they were the "real Americans."
Take, for example, the following point of view from one of our nations "hero's:"

A Tea Partier Responds on Health Care By Allan Olds at Veterans Today
The tea party is good for veterans for several good reasons, one of which we fought for freedom and the capitalist system, not socialism. We were taught to fight to excel and be successful, not sit on your lazy butt and be given the same thing as a guy who bust his butt to get ahead.

Also one of the fringe benefits of serving my country was my health care, why should some low life draft dodger get the same for nothing? 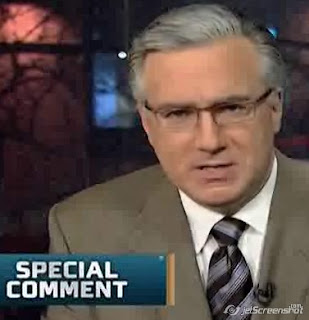