The following surreal College Republican ad campaign inadvertently plays off the current controversy over the supposed plagiarized elements of Democratic governor candidate Mary Burke. It touts all the "new ideas" pouring out of the GOP governors nationwide. The GOP would never think of using the same add everywhere. Oops...see pic to right. 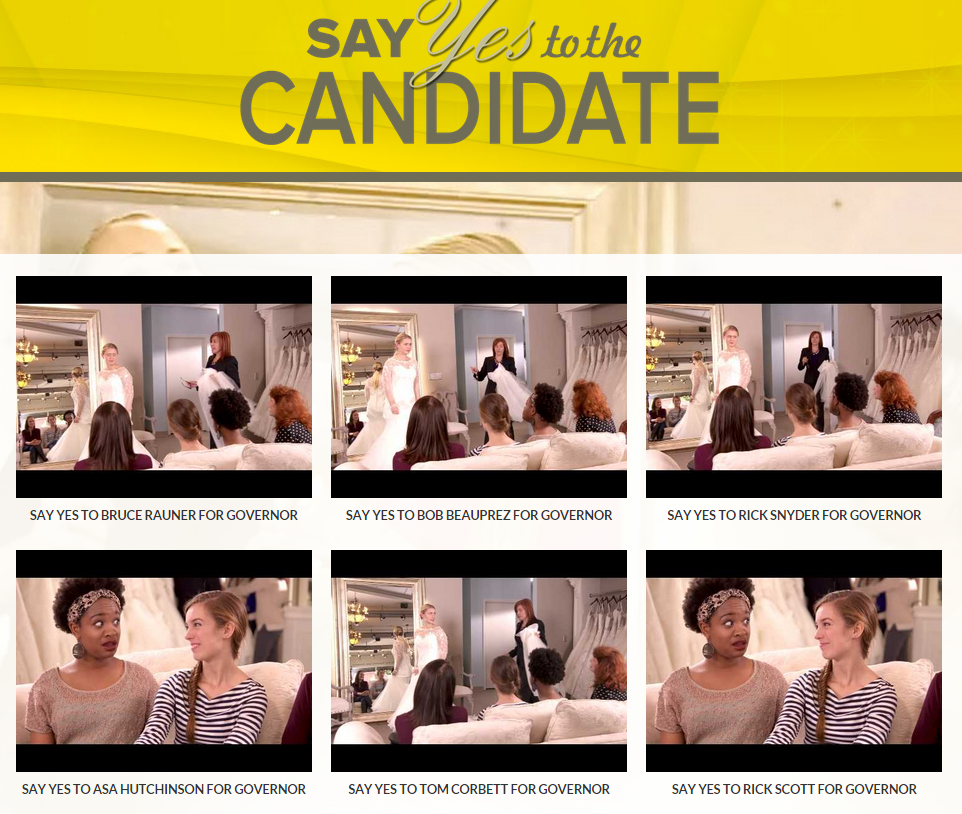 You might say they're "dressing up" an aging agenda that isn't working. It's a humorous attempt to save endangered GOP governors who've failed miserably with their "new ideas," like Scott Walker.


It appears there was a "Yes to the Dress"-themed ad planned for Gov. Scott Walker, but the public may not get to see it.

Ironic too is the fact that no one has asked Scott Walker to point out the new ideas he's brought to the table that won't break the budget and will create jobs and new businesses.

Gov. Sam Brownback was asked that very question. You'll be shocked at his honesty and fairly redundant answer:

This is jaw dropping fantasy that more than anything challenges the media to ask Republican candidates what unique new ideas are in their plans. Trolls, any help? We'll be fact checking:

jsonline: The College Republican National Committee cut ads for a number of GOP candidates for governor that plays off the TLC reality show. In the ads — which some critics have panned as bizarre and sexist — a young woman tries on a dress that has the same name as a GOP candidate, saying it is perfect because the candidate "has new ideas that don't break your budget."