Out of the Ukrain, Darth Vader the candidate? This story is so amazingly well done by the press.

The candidate has recently been seen in Kiev, being driven atop a black van in clouds of smoke and fire, with stormtroopers on hand. 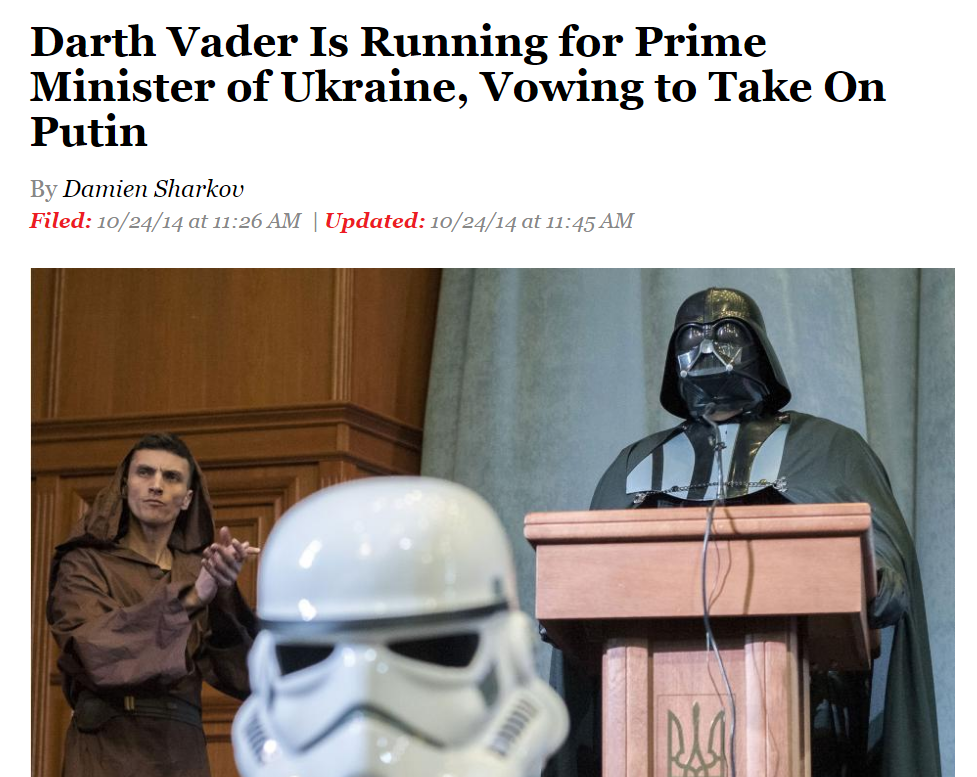 Getting up close with people in the streets, Vader scared some kids to tears, while teenagers were quite eager to take selfies with the potential parliamentarian.

Or how about this priceless reaction. Maybe the kid can sense something is wrong? 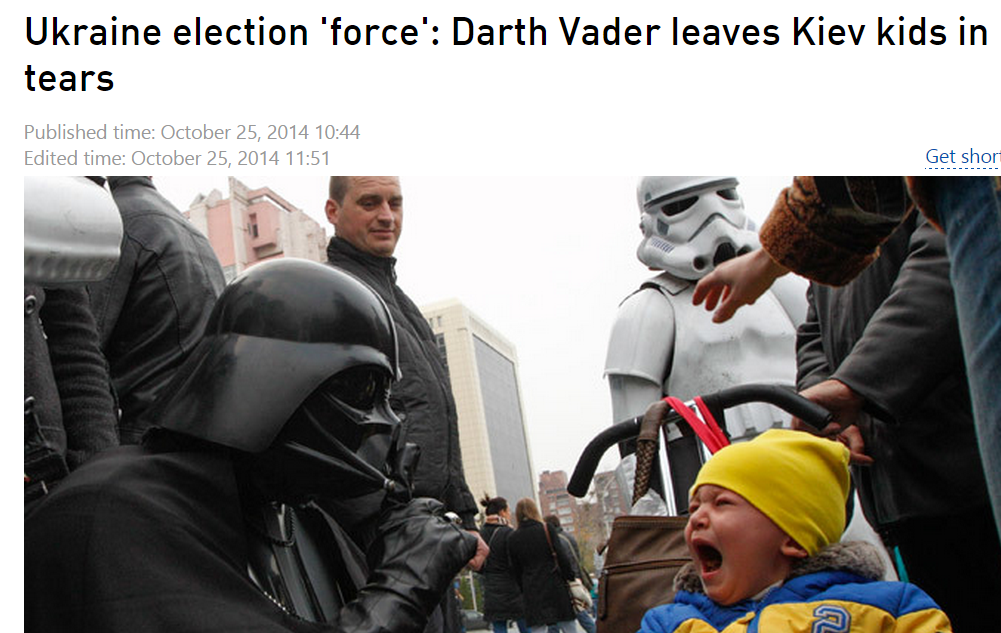 Vader appears to be trying to unite with his enemies too: 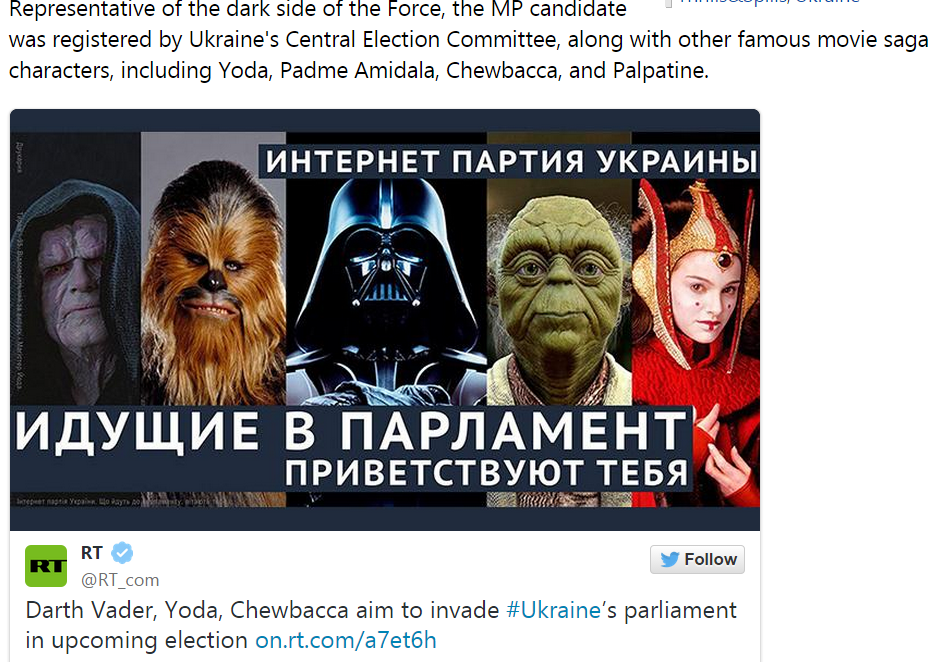 Darth Vader is not a newcomer to Ukrainian politics. He has previously mounted campaigns for the mayorships of Kiev and Odessa, with promises of free Wi-Fi for students and computers for all kids starting from the age of 10. Withholding his identity, the video demonstrated the Sith Lord to be truly Ukrainian, sporting the country's traditional haircut.