The Bubble World morphing into something Real!!!

Conservative bubble inhabitants may have been criticized for their buy in to all the phantom issues and empty concepts wrapped around words like freedom and liberty, but I'm suddenly realizing that if you wish hard enough, your twisted dreams can become a reality.

Like this ridiculous media encouraged bullshit, playing off the nonstop doom and gloom rhetoric by Republicans that things are worse than ever. Sadly, polls show it working;


AP: President Barack Obama gave Republicans a gift of sorts by confirming their midterm election narrative that next month's balloting is a referendum on his policies. Within hours, GOP candidates across the election landscape capitalized on his words with ads tying their Democratic opponents to the unpopular president.

The horror of the recovery? Not bad after the GOP's free market disaster-the Great Recession. Plus, unemployment is at 5.9% and growth was . Obama even uncharacteristically bragged up the positive:


Today, our businesses are hiring 200,000 Americans a month. The unemployment rate has come down from a high of 10% in 2009, to 6.1% today. Over the past four and a half years, our businesses have created 10 million new jobs - the longest uninterrupted stretch of private sector job creation in our history. Right now, there are more job openings than at any time since 2001. All told, the United States has put more people back to work than Europe, Japan, and every other advanced economy combined. 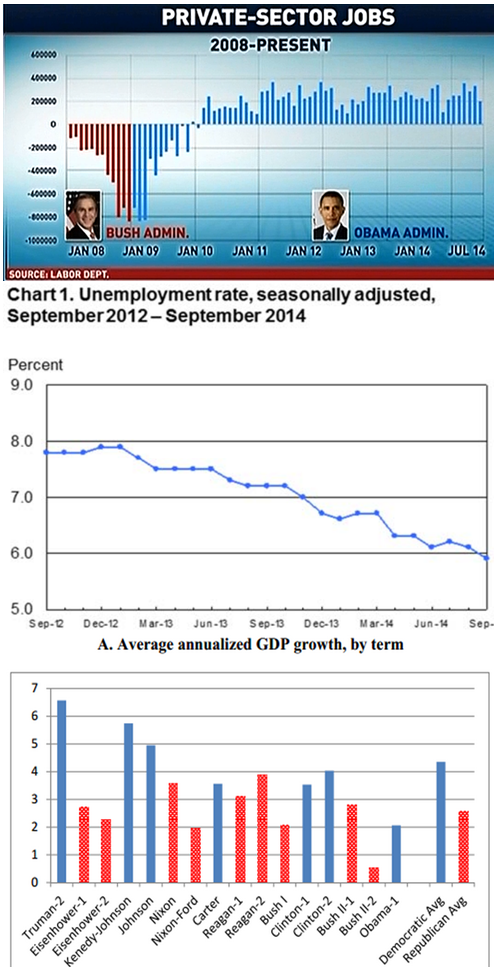 Still Americans, pummeled by the one minded Republican meme that everything is worse under Obama, are buying into the fantasy and wishful right wing thinking. In reality, people are feeling hopeless because of the growing income gap, another Republican gift: 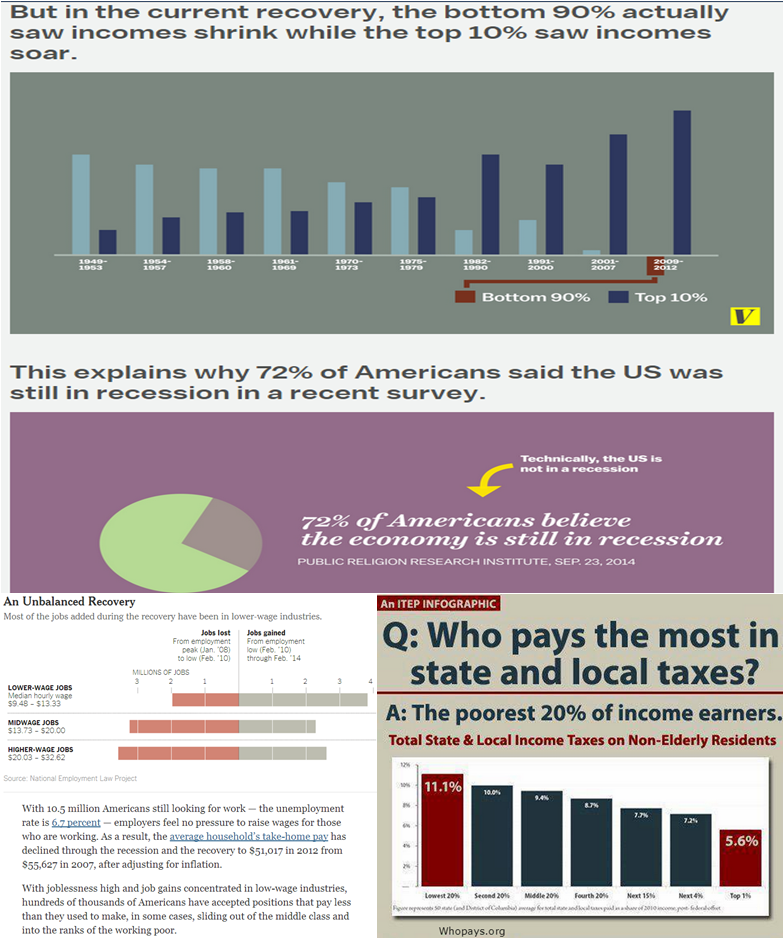 If Republicans take the senate, than through "reconciliation" they will push cuts that will only make things a whole lot worse, possibly forcing a government shutdown.
Posted by John Peterson, Democurmudgeon at 10/04/2014 03:32:00 PM