Americans believe Democrats are on their side, but are sold on Republican Snake Oil cures.

The recent Pew Research Center poll is definitive proof; the unrelenting Republican lock-step messaging machine can win over the American public's support, even though we instinctively trust the Democrats a whole lot more.

This is a marketing success story like no other. What else could explain the contrasts displayed in the two graphs below. On one hand, American overwhelmingly believe the Democrats are on their side and trust them. On the other hand, the public will still go with the more confident and trident Republican agenda because...I don't know why actually.

Check out the trust level below.... 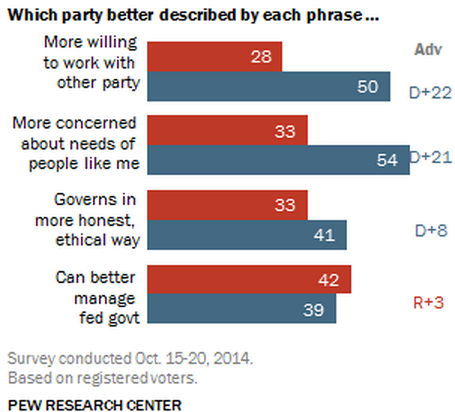 ...now check out how none of that matters. Despite adding to the instability of Middle Eastern countries, the free market failure's Great Recession, W. leaving Obama (CBO's projection) a $1 trillion yearly deficit... 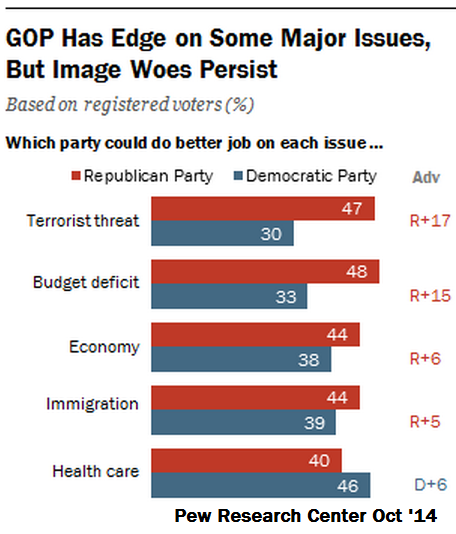 Finally, who's bought and sold by special interests and holds extreme positions but still gets voter support? 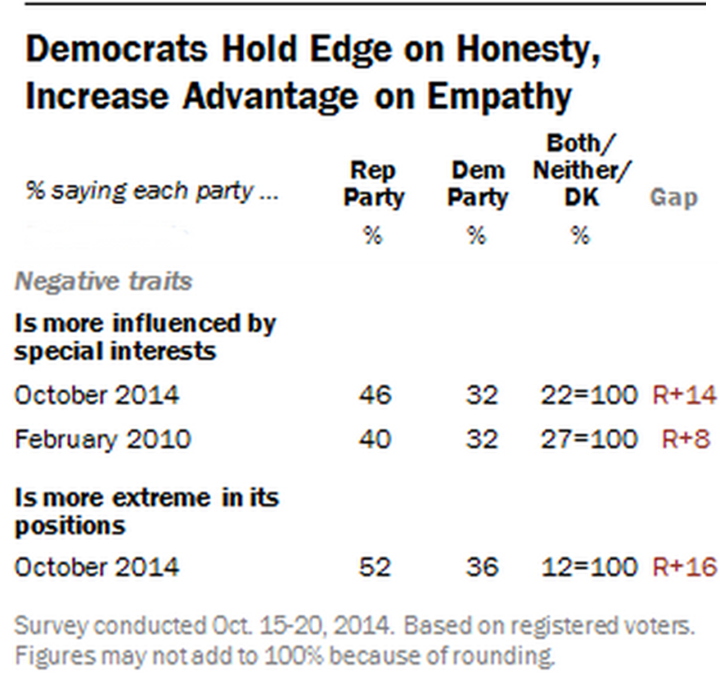