Gov. Christie: "Would you rather have Scott Walker in Wisconsin overseeing the Voting Mechanism, or would you have Mary Burke?"

Gov. Chris Christie made it very clear in the following stunning admission: 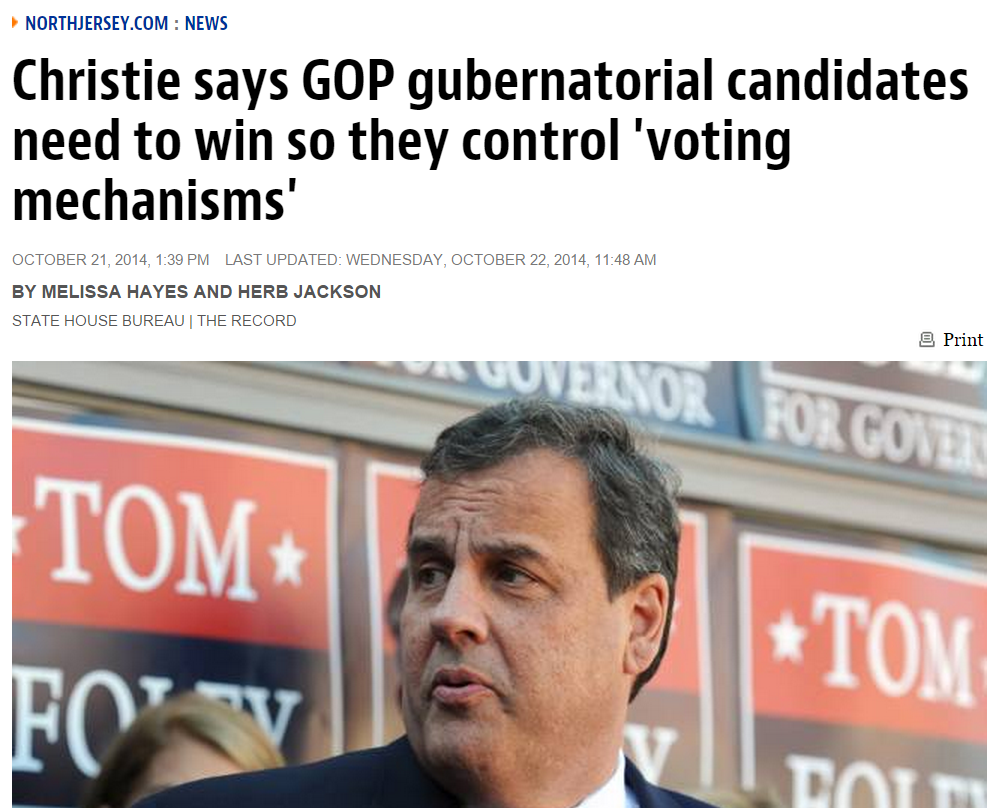 This proves we're seeing a take-no-prisoners governmental coup, orchestrated by right wing authoritarian Republicans through our elections systems, to take control and stay in power.

How would you answer Christie's questions below?

If that wasn't clear enough, Christie continued by stating emphatically, that Republicans should use their "political apparatus" to control voting in the 2016 presidential election: