More Americans getting health care despite calls to repeal the Affordable Care Act.

My conservative friend in Milwaukee was happy to tell me that after "ObamaCare," more people were without insurance. That sounded logical.

I was fascinated by his utter dislike of the Affordable Care Act, where a private marketplace of insurers compete for business based on services and price. How big government is that?

I the story below, from Yahoo's Business Insider, posted the most intriguing headline, suggesting that ObamaCare inflicted some kind of damage to the country. If you didn't bother to read the story or look at the graphs below, you would have thought the worst of the ACA.

The following report tells a different story, that reflects badly on the more conservative states. Here's a video of a GIF that shows the yearly progression of coverage from 2008-2014 (year in bottom left corner):

The truth, along with a few graphs, tell a whole different story than what I'm hearing from my conservative friend. Not mentioned below are the reforms by doctors, hospitals and insurers because of the ACA. None of this would have happened without the ACA's forceful nudge: 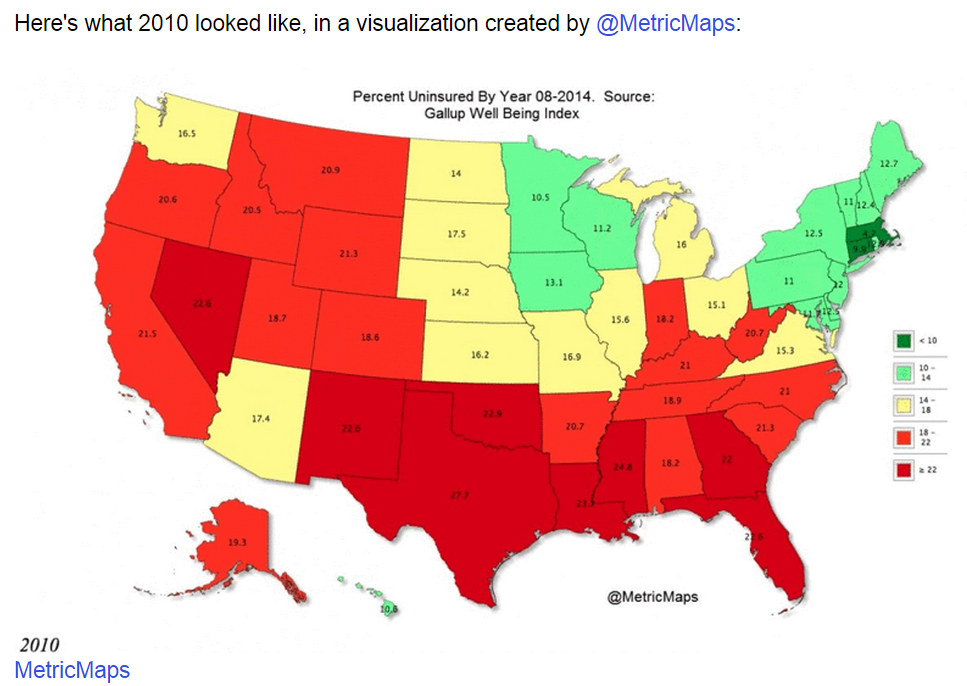 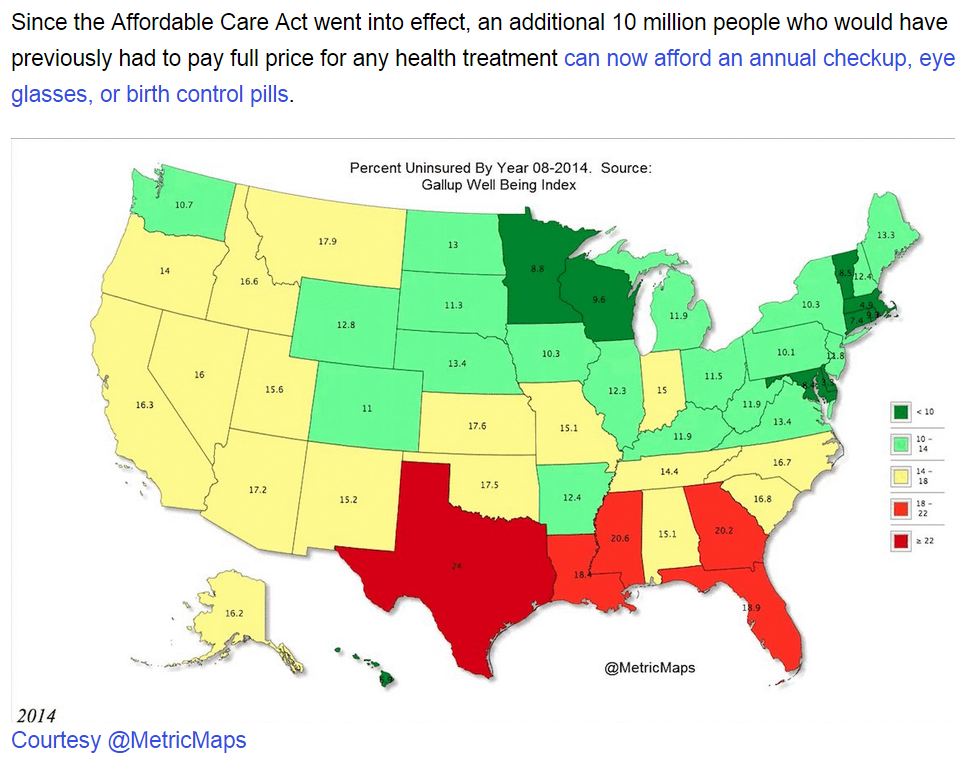 Since the Affordable Care Act went into effect, an additional 10 million people who would have previously had to pay full price for any health treatment can now afford an annual checkup, eye glasses, or birth control pills. Four million of them are young people between 19 and 25.

In states that embraced the ACA's planned expansion of Medicaid, the government health care program for the poor, the number of uninsured fell by nearly 40%.

Texas (which opted out of participating in the Medicaid expansion along with several other states, mostly in the South), is now the only state where more than 22% of the population lacks coverage.

In total, an estimated 3.6 million Americans who would have likely received Medicaid coverage under the new rules remain uninsured today because they live in states that opted out of the Medicaid expansion.