It was both sad and funny the way AG candidate Brad Schimel tried to paint his Democratic opponent DA Susan Happ as an activist.

Schimel's "I'll defend anything passed by the legislature" attitude isn't just scary, but completely ignores his pledge to also uphold the constitution. A pledge Democrat Susan Happ brought up a couple of times. It was a major mistake for Schimel, who's trying to appeal to a party that lives and dies by their mistaken interpretation of it.

Host Mike Gousha must have been just as surprised when Schimel, just after branding Happ as an activist, started to bash the EPA, opposed new standards, and rambled on about coal and jobs.

Happ couldn't help but mention Schimel's plan to put in place a solicitor general, a political appointee to take on the federal government, from the EPA to ObamaCare:


Happ: "I don't think that our attorney general should be engaging in those types of activist approaches."

Here's an edited clip to prove my point:

One of the funnier moments came when Schimel put his hand up with his fingers crossed saying, when you take an oath to uphold the constitution, you don't say "except for these ones I don't like or I don't agree with." So Schimel won't even think about a laws constitutionality? Yes. 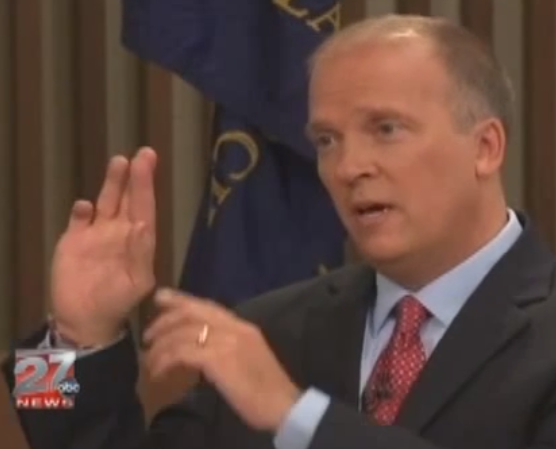 WKOW: Schimel said, "We've got to enforce the laws the way they are written and we've got to defend Wisconsin law.  Happ sees the position a little differently. If elected AG she wouldn't defend laws that she feels are unconstitutional. During the debate she cited laws such as Wisconsin's same-sex marriage ban and the Voter ID law.

Schimel is playing for keeps, with this "classy" campaign strategy. This is what we can expect from the next attorney general? 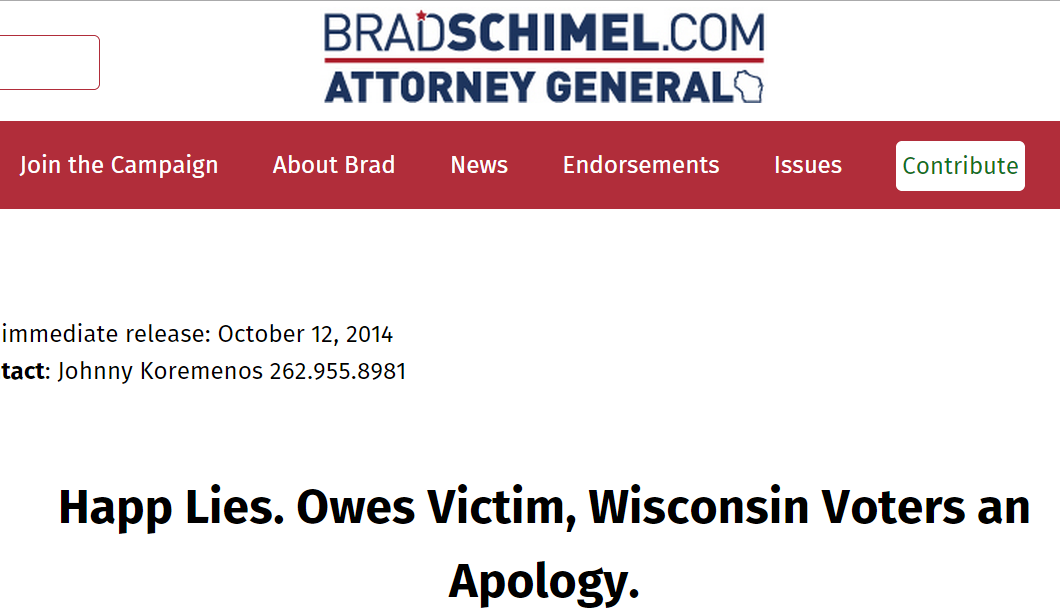