Small government Republicans? Only when it comes to Big Business, as Walker, Vos and Fitzgerald prepare massive new conservative regulatory maze for public.

With the initial stages of our new and convoluted electoral, food stamp and unemployment system in place, the Walker authority is about to enter the next phase of Rube Goldberg regulation including drug testing for public assistance, advantage GOP election law by getting rid of the nonpartisan GAB, expand charter and vouchers despite their devastating impact on rural schools, and delay an inmate’s release until they get temporary employment first (is that even legal?). 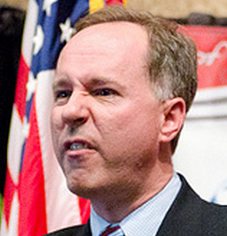 According to Republic Assembly Speaker Robin Vos, his goal is to hit the ground running in January, with no lengthy delays. Maybe “stand with Walker” supporters are okay with ramming more big government down our throats without any debate, but it wasn't so long ago Republicans wanted to slow bills down by deciding if they were first, constitutional, and then get citizen feedback. Not so much anymore.
I liked only one idea: to “create electronic benefit cards for public assistance recipients” with a photo. The card can then be used for voting as well? Vos and company never mentioned that for some reason. Would you be surprised if they didn’t want to make voting that easy for their targeted suppression efforts.

And for those people buying food in the wrong places? Vos would attack food stamp abuse this way...


Cards should be programmed to automatically decline at places like casinos, liquorstores or strip clubs.