Voter Suppression message is this: Why vote, what difference does it make and why let dumb people have a say?

As Republicans continue to complicate the voting process in each succeeding year they’re in power, perhaps someday we’ll just say, the hell with it. That’s the hope, as you see below.

Let’s face it, the right to vote is slipping away. Republicans have used their activist conservative courts to legitimize right wing extremism that claims that voter fraud exists, even without any proof. It plays very well with the natural conservative fear that somebody’s taking something away from them-like their vote.

With voter ID come’s a regulatory mess of convoluted hours, days and requirements to register and vote. And oddly, with the courts approval, nothing is too inconvenient anymore either.

Again, the idea is to make voting a troublesome and an almost unnecessary act that in the big picture isn't worth the effort. “Maybe not this time” we'll say, due to that 20 minute drive to the other side of town where we’ll wait in a 3 hour line.

National Review loser and correspondent Kevin Williamson expresses what GOP politicians are suggesting all the time, and what we’re seeing in conservative tweets and Facebook sites as well. 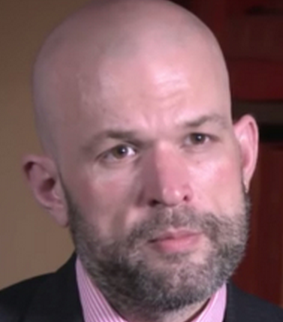 If you would like to be filled with despair for the prospects of democracy, spend a few minutes attempting to decipher the psephological musings of Lena Dunham, the distinctly unappealing actress commissioned by Planned Parenthood to share with her presumably illiterate following “5 Reasons Why I Vote (and You Should, Too).” That’s 21st-century U.S. politics in miniature: a half-assed listicle penned by a half-bright celebrity and published by a gang of abortion profiteers.

Miss Dunham, reflecting celebrity culture at large, makes a fetish of voting, and it is easy to see why: Voting is the most shallow gesture of citizenship there is, the issuance of a demand — a statement that “this is how the world should be,” as Miss Dunham puts it — imposing nothing in the way of reciprocal responsibility. Power without responsibility.

As a procedure for sorting out complex policy issues, voting is of distinctly limited value: If you wanted to know whether the compressive strength of a particular material were sufficient to support a bridge over Interstate 20, you would not go about solving that problem by bundling that question with 10,000 other equally precise and complex but largely unrelated questions ... to the least-informed few million people you could identify ... That would be a bad way to build a bridge — a homicidal way, in fact — and though it is a necessary instrument of accountability in a democratic republic, voting properly plays a very limited role.

For instance, we have a Bill of Rights, which could with equal accuracy be called the List of Stuff You Idiots Can’t Be Trusted To Vote On.

But for Miss Dunham et al., this isn’t a question of citizenship — it’s a therapeutic matter. Voting, she promises, will offer “a sense of accomplishment,” knowledge that one has done the right thing, even “joy.” But checking a box is the most trivial accomplishment imaginable; having done so is no guarantee that one has done the right thing, inasmuch as voters routinely make bad decisions for evil reasons.

She writes: “The crazy and depressing truth is that there are people running for office right now who could actually affect your life. PARTICULARLY your sex life. PARTICULARLY if you’re a woman. Yup.” The very conservative editors of this magazine are in fact trying to make it easier for them to do so with over-the-counter birth control … so allow me to pass along the message: We really, truly, sincerely do not wish to be involved in your sex life.

Yup, and that must mean conservative men don’t want to be involved in their own sex life or use birth control. But just be clear...

I would like to suggest, as gently as I can, that if you are voting as an act of self-gratification, if you do not understand the role that voting in fact plays in a constitutional republic, and if you need Lena Dunham to tell you why and how you should be voting — you should not vote. If you get your politics from actors and your news from television comedians — you should not vote. There’s no shame in it, your vote is statistically unlikely to affect the outcome of an election.

Pretty easy message to understand. Who cares about voter suppression, since we "should not vote" anyway.