Republicans are trying to Kill Us with small government, and succeeding.

Uppity Wisconsin found the great chart below that oddly shows how Republican policies are actually killing us, literally.

The chart compares preventable deaths due to the lack of health care, and preventable gun deaths. Both issues have gotten the GOP deregulation treatment. If we let government just get out of the way, well, a lot of people will die. Now Republican governors are attacking the poor and middle class by not expanding Medicaid. What does that mean to Wisconsinites?

According to Uppity Wisconsin:

WIS DEATHS DUE TO WALKER REFUSAL TO TURN AWAY MEDICAID EXPANSION FUNDS SIMPLY TO SABOTAGE "OBAMACARE": 671

Again, the chart shows what a little deregulation can do. I give you liberty and freedom...from breathing: 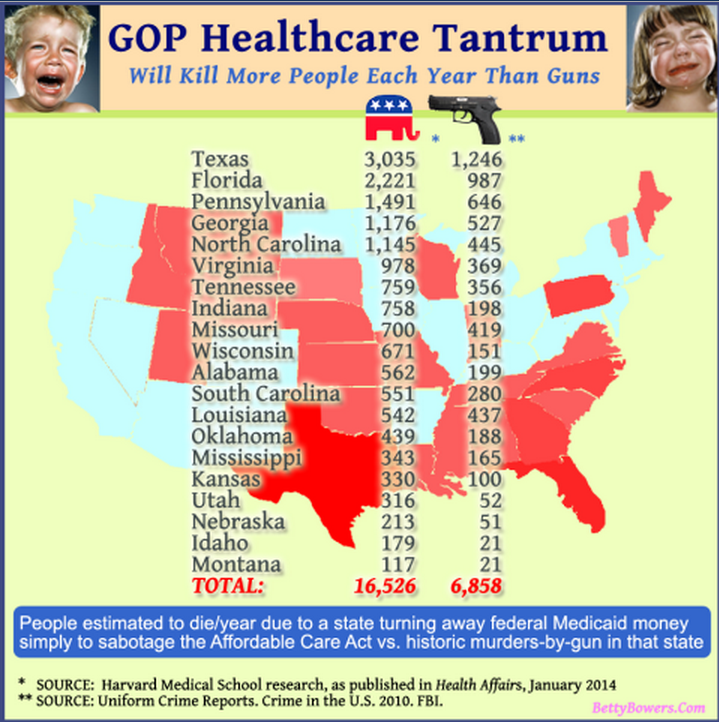