Oh how the story has changed. But don’t be distracted by the final outcome; Two Republicans now look like real losers, and proved to voters they really do think they’re above the law.

The story below doesn't say it, as usual, but it’s clear State Sen. Leah Vukmir lied about turning over all her email communiques between her and ALEC. She’s now releasing them: 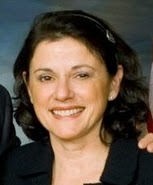 WSJ: The agreement comes as part of a lawsuit settlement between Sen. Leah Vukmir, R-Wauwatosa, and the Center for Media and Democracy, a liberal advocacy group. Vukmir previously claimed she had produced all records in compliance with state law, but is now expected to release more records from a private email account,

She lied, and continues to do so with the following whopper:

Vukmir, ALEC's second vice-chairwoman, said "I regret the technical issues we had fulfilling this request, but I have now fulfilled the request and turned over all records.”

Huh? Vukmir originally said she was above the law, and didn't have to reveal anything publically until she left office. Just as embarrassing, AG J.B. Van Hollen backed her up and used the state's reputation to defend her in court.

Attorney General J.B. Van Hollen's office filed a motion to dismiss the case arguing legislators are immune from litigation while in office. As part of the settlement, Van Hollen agreed to withdraw that argument … Van Hollen faced heavy criticism for trying to apply the constitutional protection to the entire two-year session a legislator is in office. If it had been upheld by a court, the interpretation could shield lawmakers from complying with the state's open records law as long as they hold office.

May that be forever on his tombstone. Thankfully, we dodged a bullet on that one.

Even worse, taxpayer got stuck with the bill, and I'll bet not one conservative voter will ever find out because of the media grip Republicans have on talk radio:

Vukmir agreed to pay $12,500 in lawyer's fees and $2,500 in punitive damages as part of the settlement … DOJ spokeswoman Dana Brueck said the state will pay those amounts.

The Onionesque element of this story went something like this:

ALEC has stamped internal documents as confidential ... Vukmir acknowledged that the ALEC confidentiality disclaimer has no force of law in Wisconsin, and that records located in personal emails or online drop boxes are subject to the open records law.