The only good that came out of Paul Ryan's run for vice president is that we now know he's a lying phony. Is that just liberal name calling? Not if it's the truth.

Ryan's opponent Democratic candidate Rob Zerban would wise to incorporate a few of the important reality base points below about Ryan's mischaracterization of poverty and Medicaid. From Bill Moyers: 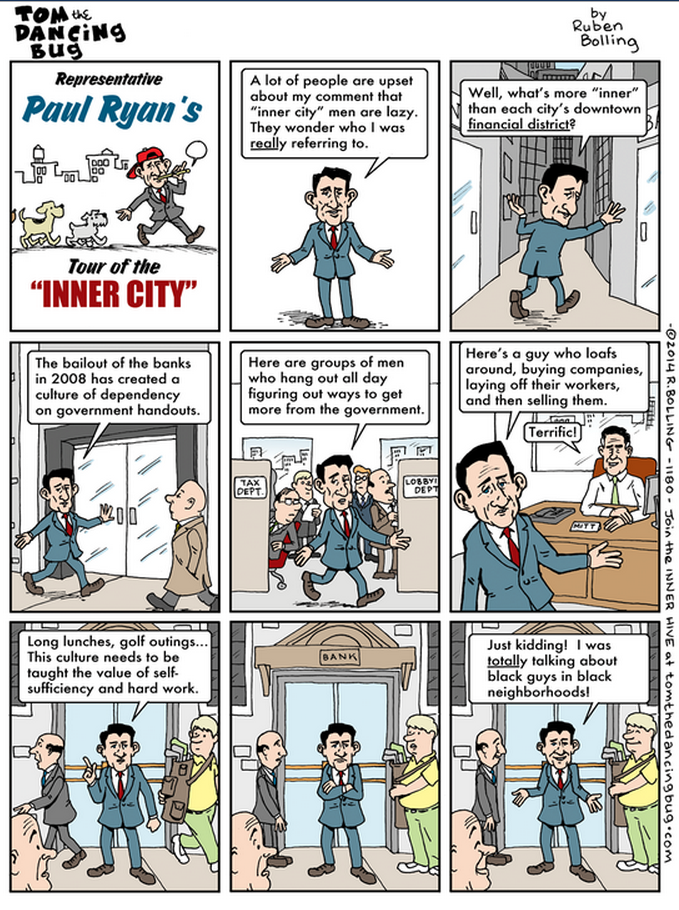 Ryan: “It’s time for an adult conversation,” he told The Washington Post: The problem is that a prerequisite for any adult conversation is telling the truth and it is there the congressman falls monumentally short.

In addition to Rep. Ryan’s recent, racially-coded comments about “our inner cities” where “generations of men [are] not even thinking about working,” his rhetoric around policy should raise red flags for anyone — including the media — assessing his credibility.

Here are the facts that simply scream common sense:

Lee notes that Ryan misuses research to imply that Medicaid coverage leads to poorer health. “The privately insured comparison is patently unfair because these people tend to be higher income and that comes with a whole host of health privileges.” She notes that Medicaid enrollees tend to struggle a lot more with chronic conditions and illnesses than other populations writes Lee, in my opinion admirably resisting the temptation to add, “duh.”

Despite Ryan’s shabby work when it comes to antipoverty policy, the media repeatedly seems willing to overlook it. That’s another strike against the prospects of a truly adult conversation about poverty — in addition to honesty, it requires accountability.

Rep. Ryan also plays on fears of low-income people abusing the welfare system when he asserts that Medicaid coverage improperly increases enrollees’ use of health care services, including preventive care and emergency department services ... by comparing Medicaid enrollees to uninsured people ... “Presenting data that Medicaid enrollees use more health services than the uninsured affirms that insurance coverage allows people who need care to seek it out,” writes Lee, “and that being uninsured is a major barrier to receiving important medical care.”

Further, one of the two studies Ryan references explicitly states that “neither theory nor existing evidence provides a definitive answer to… whether we should expect increases or decreases in emergency-department use when Medicaid expands.”