It’s true, Republican voters go to the polls just like Democratic voters. And when Republican legislators make it harder to vote, it affects everyone…including Republicans.


On Upfront with Mike Gousha, Glenn Grothman blames Milwaukee as the most abusive county when it comes to the early voting law, with long hours and weekends. He was way off, which is explained below:


So who was the bigger abuser, and loser with Grothman's bill? Republican stronghold Waukesha County!!! Doh! 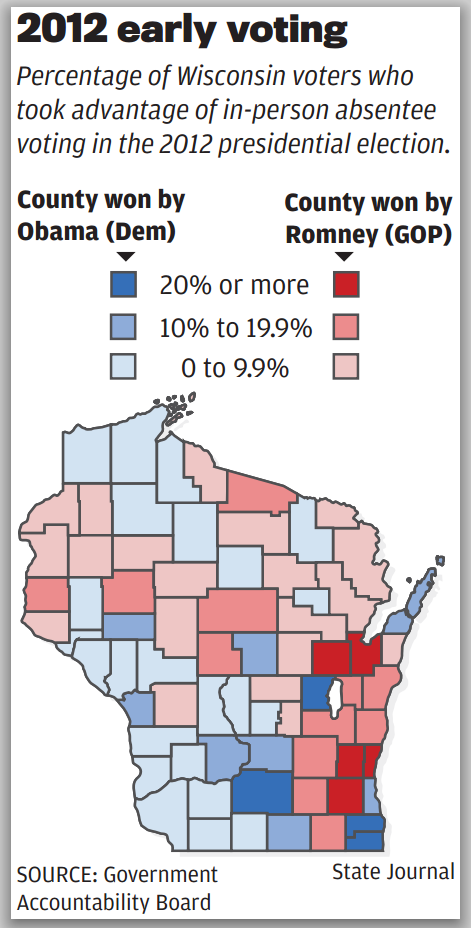 jsonline: Milwaukee and Dane counties, which consistently vote Democratic, accounted for more than a quarter of all early in-person votes cast that year, according to Government Accountability Board data.

But as a percentage of total ballots cast, no county topped Waukesha County, a bastion of Republican support, where 28.1 percent of voters cast ballots in person before Election Day. Other conservative counties also went for early voting in a big way.

Overall, 16.7 percent of state voters cast ballots early. Despite the popularity, or perhaps because of it, Republican lawmakers are scaling back early voting for the second time in as many sessions.