The New Economy Needs a Raise!

The Great Recession change the business model in the U.S. for better or worse. Along the way we had to deal with the "great sucking sound" of jobs leaving the country too. Economists rightfully predicted we would become a service economy. But mining?

The rap about the service economy is that its never paid well. Which brings us to the timely discussion of raising the minimum wage for service industry jobs to $10.10 an hour, especially for those people supporting families. It would also reduce food stamp and Medicaid spending. But that's too easy.

The following graph is proof. Funny thing, from the looks of it, the EPA hasn't killed off the energy industry yet despite all the GOP whining.

There's something unsettling about the return of mining as an economic engine when we're competing intellectually with other global powers. And without ObamaCare, the health care business wouldn't be gangbusters either. 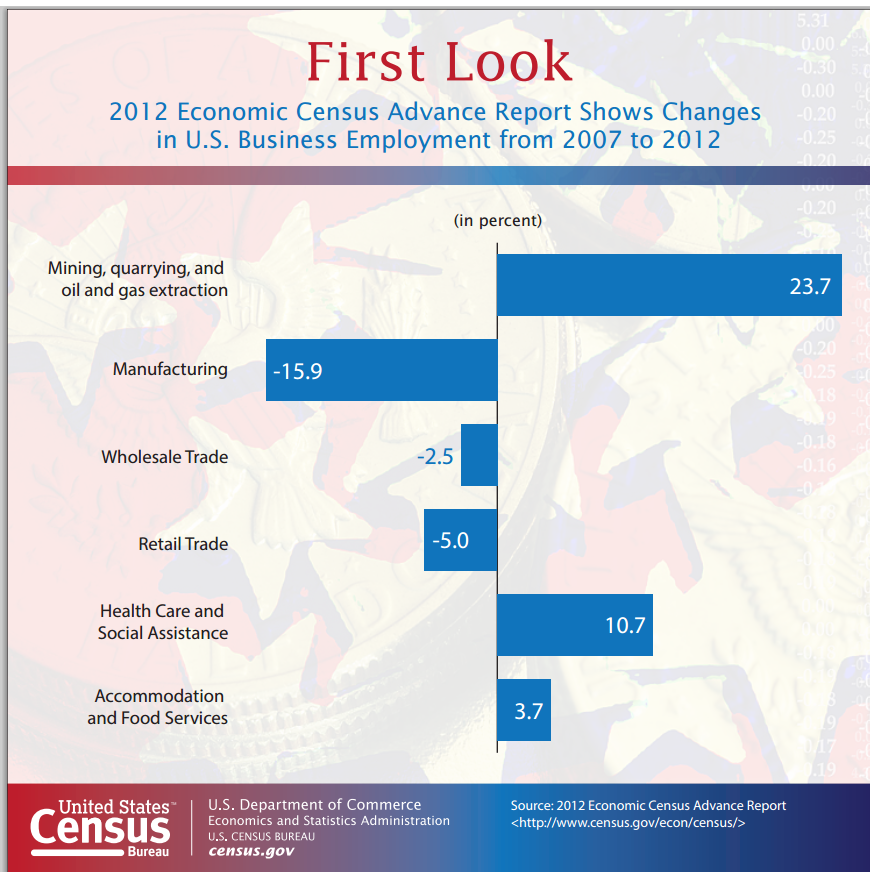