It’s a day for graphics and still more bad news on the Scott Walker jobs front. 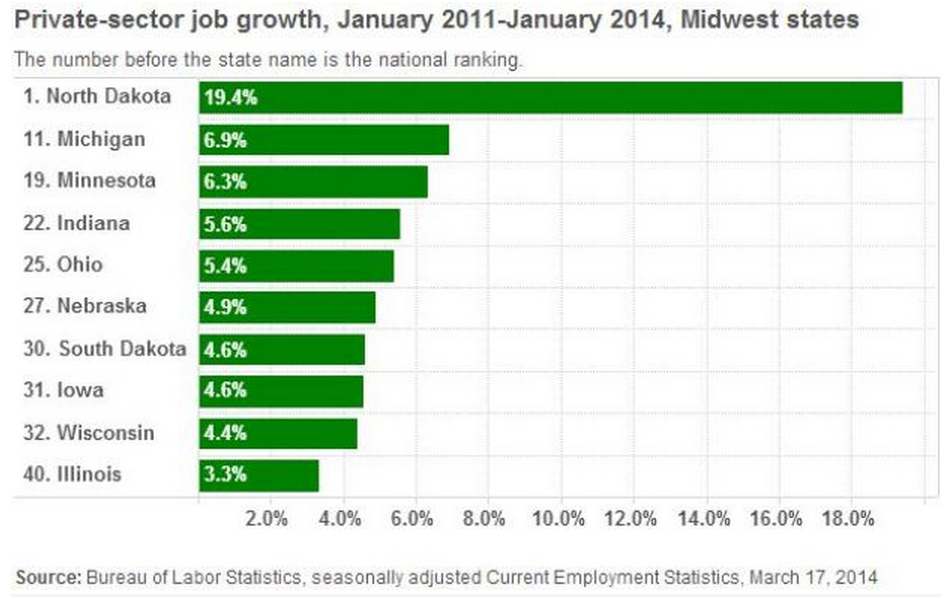 The right doesn’t mind the horrific job creation record of Scott Walker. They also feel that if we in the media report the lack of job creation we’re somehow glad it’s so bad. Whatever. 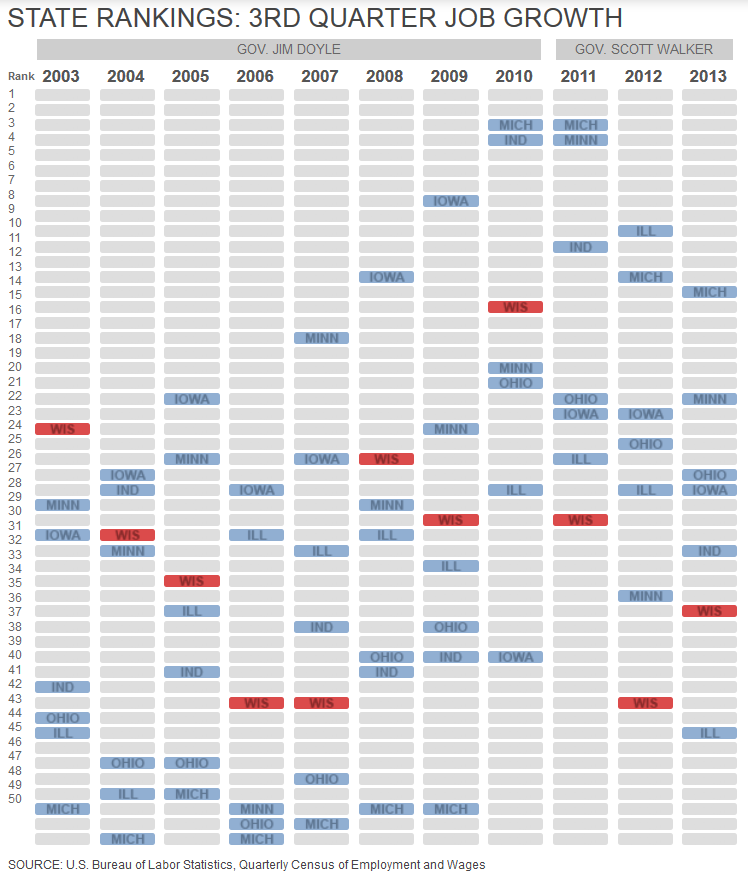 Wisconsin still lags the rest of the Midwest in job growth over the past three years. Wisconsin stands ninth out of 10 Midwestern states in private sector job growth since Gov. Scott Walker took office in January, 2011, according to the most recent Current Employment Statistics (CES) from the Bureau of Labor Statistics (BLS).

Wisconsin gained 28,351 private-sector jobs in the 12 months from September 2012 through September 2013, a 1.2% increase that ranks the state 35th among the 50 states in the pace of job creation … an essentially unchanged pace of hiring … In the latest count, Wisconsin continued to trail the national rate of job creation, as it has since June 2011. The nation created private-sector jobs at a rate of 2.0% in the latest 12-month period through September, nearly double Wisconsin's 1.2% rate, the data show.

Still, the latest estimates from the BLS show Wisconsin added just 104,100 private sector jobs since Walker took office in January, 2011. That works out to a 4.4 percent increase in the number of jobs, 32nd among all states over the three-year period.