I really thought I was making headway with my conservative friend in Milwaukee the other day on health care, when he ditched what we were talking about and said "government shouldn't be involved in health care."

I'm guessing he would say the same thing about student loan debt...and almost everything dragging down our economy. They don't like the obvious answers, the easier more obvious solutions that save money and free people up to do other important things.

One Wisconsin Now has been pushing student loan reform for awhile, and now has Mary Burke, the Democratic candidate for governor on board. But even their solution is a band aid compared to what other countries have successfully done, as shown in the cartoon to the below. 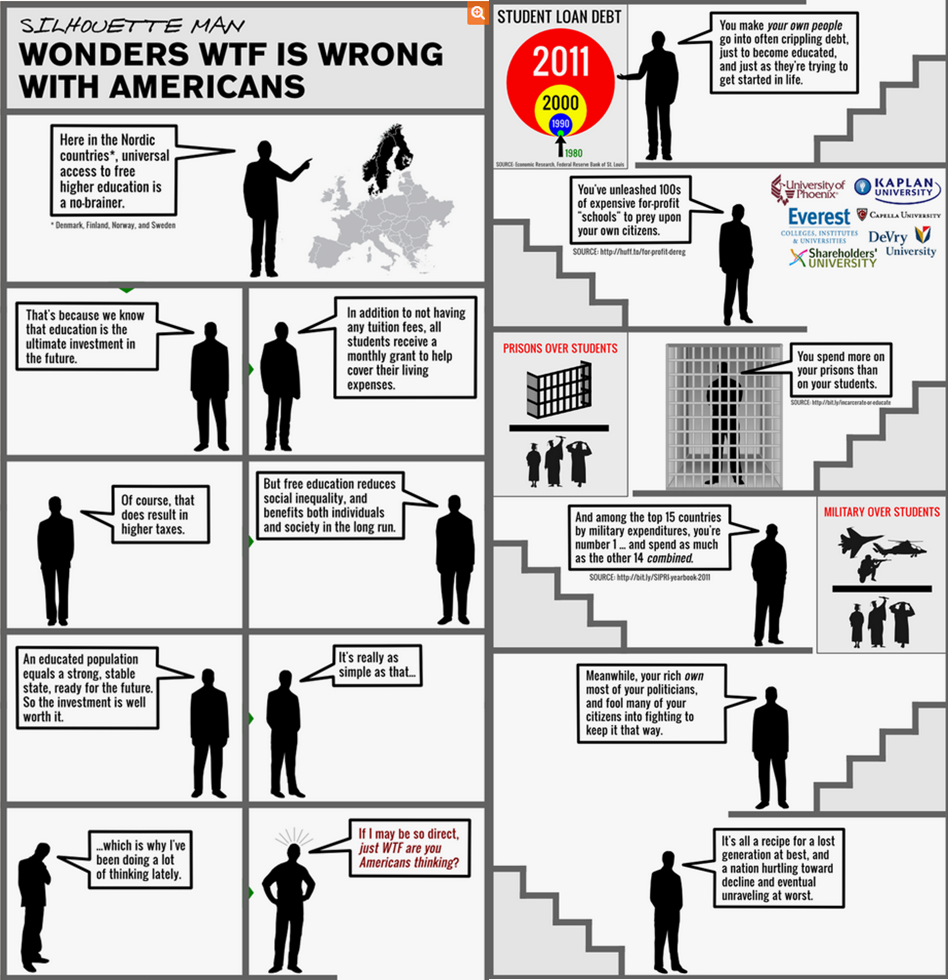 New Hope for Solutions to $1.2 Trillion Student Loan Debt Crisis in Wisconsin? Gubernatorial candidate Mary Burke has included some of the common sense solutions from the Higher Ed, Lower Debt Act in her newly released "Invest for Success" jobs plan. Specifically Burke calls for creating a mechanism to allow Wisconsin borrowers to refinance their student loans to take advantage of lower interest rates, just like you can with a home mortgage or other consumer loan. And Burke would allow borrowers to deduct student loan debt payments on their state taxes, just like you can with home mortgage loan interest.

Original research by One Wisconsin Institute found that borrowers with an undergraduate degree in Wisconsin were making average payments of nearly $350 per month for almost 19 years. The impact of this debt is dramatic and negative for the entire state economy. And freeing a generation of well-trained, well-educated Wisconsinites from the chains of crushing debt will spur the entrepreneurism and small business creation needed to break out of our economic doldrums.