Walker takes lead by Dumping the most People from Medicaid.

Scott Walker's grand plan for the poor was to give them a sense of independence, by taking them off Badgercare, and handing them over to the private sector for profit taking.

But the Affordable Care Act, with its deductibles and co-pays, was never meant for the poor on state Medicaid programs like Badgercare.

Walker is building his strong "father figure" image on discipline, and ironically, an odd form of government mandated freedom that comes from his stern "leadership." Is it any wonder why, "I'm giving you freedom" rings hollow to the poor who can't even afford that.

Remember when Wisconsin was a leader in insuring more state residents than other states? Kiss that goodbye after only 2 and a half years: 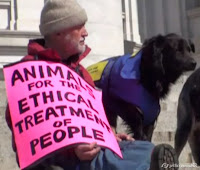 Medicaid than any other state as part of a plan advanced by Gov. Scott Walker still awaiting federal approval.

It’s not supposed to be a zero sum game, it was supposed to EXPAND  the number of people WITH health care. Republicans again couldn't help themselves from carelessly doing just the opposite.

It also includes a response from Donna Friedsam, health policy program director at UW-Madison. “The products designed for the marketplace were never designed for people in these low-income categories," Friedsam told Kaiser. "Even with the federal subsidies, the cost sharing will still be quite onerous."