Old arguments...never die in Republican world. Despite the shift from manufacturing to a service based economy, conservatives just can't make the transition. Those low wage entry level service industry jobs are now family supporting U.S. jobs. We were warned this would happen, and it has.

But instead of adjusting the wage scale to accommodate the new reality, conservatives are stuck in the 50's, 60's and 70's. While manufacturing has moved on, leaving the U.S. for slave labor countries with dirt cheap wages, Republicans are now confused over what to do next. Or are they?

As mind boggling as it is to imagine their outrageous new campaign, I have a feeling they're only just getting started. If anything, it should start scaring the daylights out of most Americans who never thought it would come to this. Are parents really going to happy seeing their kids living in abject poverty?

It would make the MacIver Institute happy! I'm almost speechless over this campaign, sponsored by the Market Wage Action Alliance (can you believe that name?)... 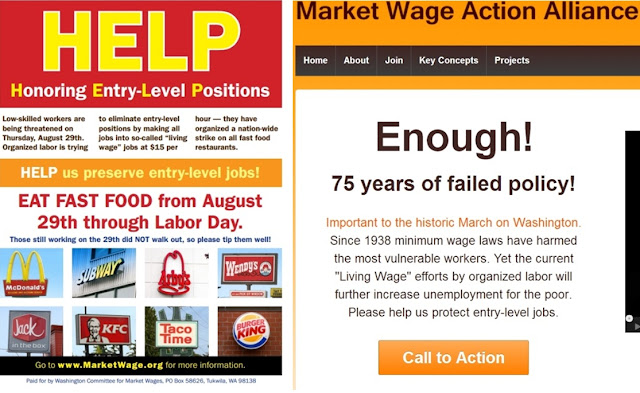