If you’re on the Republican Party’s business sh*t list, don’t even try starting or bringing your business to Wisconsin.

The Walker Authority has again decided to pick winners and losers with their lack of support for a Kenosha Casino.

Sen. Mike Ellis finds that a bit contradictory for our “open for business” governor: 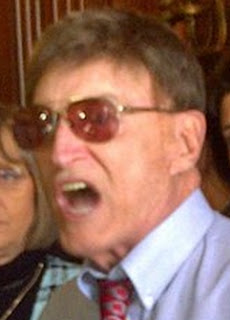 jsonline: Senate President Mike Ellis on Wednesday questioned Gov. Scott Walker's plans for deciding whether to approve a Kenosha casino, signaling he viewed one of Walker's standards as anti-free market.

You see, it’s all in Walker’s court right now, and he’s slowwwww walking this one. With a set of completely arbitrary rules to make it impossible to work, Walker’s trying to hide from this one:

Walker, who now has the lone say on approving the Menominee Indian casino at a former greyhound track, has said he would approve the facility only if there is consensus among the state's 11 tribes. That appears unlikely…

So what is Mike Ellis supposed to think?

Walker has said he has three standards for considering any new casino. The new gambling venue must result in "no new net gaming" in the state, must have community support and must have the approval of all the state's other tribes. Walker plans to begin soon a 60-day period to gather comments from the tribes.

Like when he listened to them about the iron mine? Let’s just be honest; Walker said no. Here's WKOW's coverage: