Dummy Downer Ron Johnson still in full Panic mode over Spending on Social Security and Medicare. The Rich might not make as much money!!!

Is it possible that Dumb Ron Johnson is… 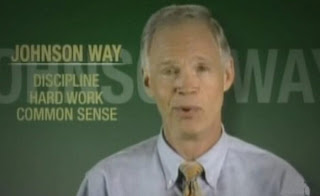 As usual, Johnson is obsesses over what he feels is the fall of the U.S. empire and the American dream:

Cap Times: He launched into a familiar PowerPoint presentation that he described as “depressing,” describing the federal government’s spiral into debt and overspending over the past 100 years. Johnson said the $17 trillion in federal debt is putting the American dream of prosperity at risk.

Is it really? The gap between the rich and poor has never been wider, with all the money directed upward. Heck, it's increasing every day. How is it possible under Johnson’s scenario, the wealthy keep getting richer and richer?

Shouldn't our debt "death spiral" really put an end to the top one percents “American dream of prosperity” too? I don’t see the rich getting hurt yet, do you?

Has it ever occurred to Dumb Ron Johnson that what he calls spending our way into debt, paying for Social Security and Medicare, may be due to a lack of funding for these programs. Another words, the debt would disappear if we’d just shift the money from the top and “spend” it on those life saving programs for our seniors. After all, our parents and grandparents put their time in and made this country an economic leader. Shouldn't we be thankful to every retiree, now and in the future?

“I just want to grab America by the lapels and say, ‘Do you understand what you are doing to your kids?’” said Johnson, his fists clenched and shaking at the audience.

Hey dummy, “Do you understand what you are doing to our seniors?”

He said those who want to stay out of poverty have the best chances of doing so if they graduate from high school, don’t get addicted to drugs and alcohol and don’t get pregnant out of wedlock.

He left out marrying into money.

Here's what it takes for a guy like Johnson to be an environmentalist:

“I view myself as an environmentalist,” Johnson said. “But when you support policies that would cripple the economy... I consider those extreme policies. I care about the price of gas and the cost of energy.”