Paul Ryan buries a few lies again in the following diatribe, hoping no one will notice.

Besides his one big similarity to ObamaCare, handing out taxpayer subsidies, it also contains the same old “junk policies.”

Like when Ryan talks about buying across state lines, which simply means the state with least amount of coverage, gets to sell the junkiest policies. No big deal, people don’t mind paying monthly premiums for nothing, because they've got their freedom. 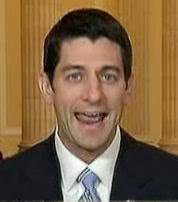 WisRadioNet: Paul Ryan says he has an alternative to Obamacare … He will once again offer a comprehensive alternative healthcare plan as he did four years ago. “If we help people buy health insurance in the marketplace, no matter who they are, no matter how much money they have, no what their health care condition, there’s way of doing that without running it through the government, without this costly website, without the government having possession of all your personal information,” Ryan said.

The LIE: The government does not have all your private information, a private hackable insurance company does-do you trust them? See how he slipped the BS in?

Ryan’s another Republican bragging the benefits of “junk policies.”

“If you want to buy a catastrophic plan with an HSA underneath it, you ought to be able to buy that. Obamacare doesn’t let you do things like that, and that’s where we really have a problem with this law. Give people the freedom to buy what they want, and then have taxpayers subsidize not the entire system with price controls, but people with preexisting conditions.”

Hey, that's where taxpayers pay for the sick and insurance companies make all the profit. Love that part of his plan.

And the only evidence of ObamaCare failure so far can be found in the health care myths Republican are all too happy to repeat.

Ryan said “I really worry the worst is yet to come with respect to this law, based on all the evidence we’ve been given in Congress.”