Were you as amazed as I was when many commentators and Democrats surmised Republicans probably learned their lesson? Oh my god. Here’s what they’re doing now. 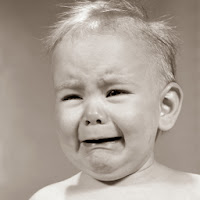 TPM: Republicans Vow To Block Immigration Reform After Shutdown Fight: The government shutdown fight has given House conservatives a new pretext: Obama refused to deal with us on the debt, so we won't deal with him on immigration reform.

Rep. Aaron Schock (R-IL) told TPM, "He ain't gonna get a willing partner in the House until he actually gets serious about ... his plan to deal with the debt."

I bet you didn't see this one coming; Republicans are again blaming someone else for their own ineptitude and shutdown.

And a new talking point: Obama simply wants to use immigration reform to "destroy" the GOP.

"I think it'd be crazy for the House Republican leadership to enter into negotiations with him on immigration," Rep. Raul Labrador (R-ID) told reporters on the eve of the GOP's shutdown surrender.

So because Republicans hate immigrants and minorities, refusing to allow them to populate the country, they're afraid they might be voted out. Now that’s what I call a winning formula.
Posted by John Peterson, Democurmudgeon at 10/18/2013 08:29:00 PM